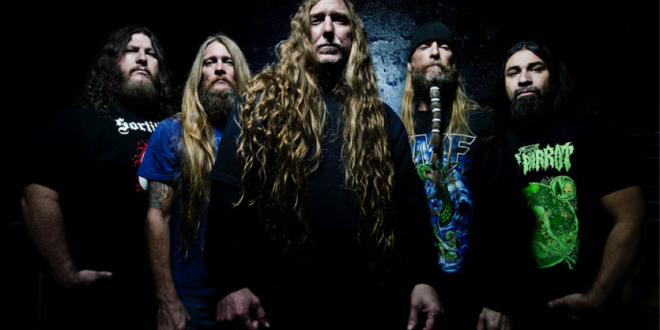 Florida death metal legends OBITUARY have shared the first single off their forthcoming, self-titled full-length. Watch the motion graphics accompanying “Sentence Day” that compiles live and fan photos from the band’s most recent world tour below.

Obituary is due out March 17th, 2017 on CD/LP/Digital. Physical and digital pre-orders are available now via Relapse at bit.ly/ObituaryST.

Additionally, OBITUARY are touring as part of the 2017 Decibel Magazine Tour with Kreator, Horrendous and Midnight. The tour kicks off on March 17th in Charlotte, NC and runs through April 15th in Philadelphia, PA. A complete list of dates, including numerous festival appearances are included below. More dates will be announced shortly.