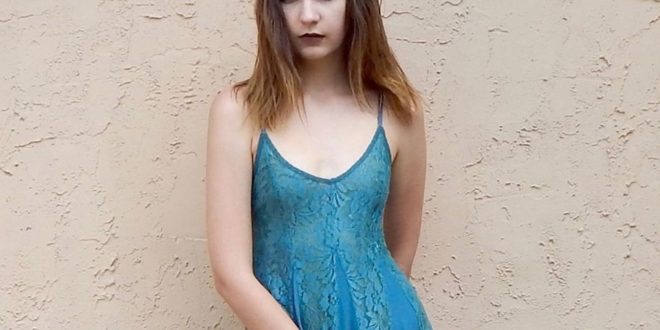 The start of March, the sixth to be exact, will see the release of Jen Janet’s Dangerous EP which is stocked full of dance tunes that are destined to be played at clubs across the nation.

While it is fair to describe Dangerous as a groove maker, there is one moment in particular in which the record strays from the dance vibe norm that Janet sets up on the album. And it interestingly is the first track, a bold move on Janet’s part, as her introduction to listeners is not of fast beats and a thumping bass but that of a ballad. “In Bloom” is a piano heavy tune that mixes sassy lyrics which would appear to work better in a faster number, in a slow moving song that Janet makes fit. “He was a thug,” Janet sings about a “toxic friendship” changing the typical norms of a ballad on its head and it is not only refreshing but also completely satisfying. When Janet starts spouting out a list of the qualities that subject of the song made her, including selfish, the tune really soars. Different than anything else on the EP, “In Bloom” is simply constructed but Janet makes it flushed out and it is the standout track on the album.

“Can’t Breathe” is a more structured pop tune, extremely infectious and catchy. Not only does it feel like a dance hall hit, but with the way it is produced it comes off as a remix of a song that one is listening to for the first time. The chorus is stronger than the verses but it doesn’t detract from the overall quality of the track, as it exudes a cool underground vibe mixed with a throwback feel that harkens back to early Madonna which comes alive with every beat of the song. Of all the more dance pop oriented tracks, this is the one that Janet really puts her heart and soul into, especially as she repeats “can’t breathe when you’re looking at me.” Sounding like something one would hear on the radio today, Janet’s smooth vocals weave a magic over her listeners, inviting them in to listen and maybe even relate to her story. And the result is hypnotizing.

The title track “Dangerous” kicks off with some of the best lyrics on the album. “If looks could kill she’d be your very own machine gun,” Janet sings with a dark tone setting up the rest of the tune. Yes it’s another electronic fueled dance song, but the lyrics here and the overall mood of the song separate it from the rest of the pack sounding like something Lady Gaga could have written and released. There are a lot of breakdowns in the tune, and it allows the listener to take a bit of a breather before Janet resumes her effortless dangerous vibe while still displaying pure vocals that go back and forth between being edgy and angelic, especially on the chorus. Catchy and superbly produced, “Dangerous” is a hit in this reviewers opinion.

The one other track on the EP “Moonlit Dancefloor” comes off as a bit repetitive when put up against the other tunes Janet presents to her listeners, but on a whole the album is fun and surprising in many ways that is sure to garner Janet praise in the music community.