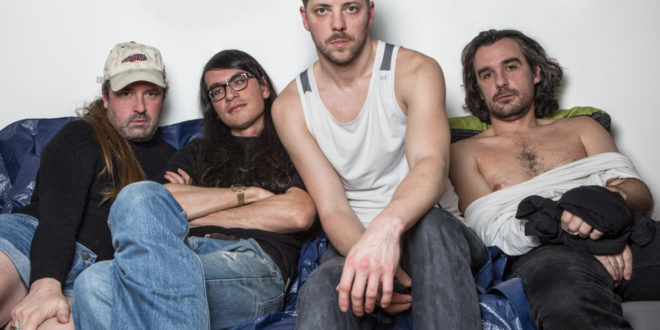 Named for the historical text-book of male sensuality from 1978, L’Amour Bleu explores aesthetic realms of emotional voyeurism through the various lenses of masculine desire, rebuilding soft centers with faded color swatches of sadness, rage, frustration and ambivalence with a corrupt, orgiastic pastiche of decadent pop and beyond.

Previous Gallery: Hunter & The Dirty Jacks at The Sand Dollar in Las Vegas, NV 01/14/17
Next Gallery: Dinosaur Pile Up at The Fillmore in San Francisco, CA 01.13.17