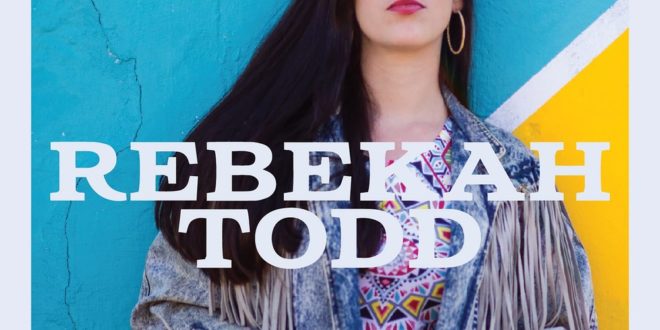 Crooked Lines by Rebekah Todd comes out Feburary 17th, and while that may seem like a long way off, it is well worth the wait, especially for fans of soulful, heart wrenching music.

The album, which is a consistent and powerful piece of art, kicks off with “Trouble,” one of the best songs on the entire LP. Todd’s voice is strong and commanding, the real star of the show, every word she speaks oozing with pain and passion. Here, Todd turns the concept of trouble into something that is actually tangible, personifying it in a most original way. “Trouble came to me like a boy in the rain,” Todd sings, the first line of the tune, and that imagery alone is a wonderful set up to what listeners are in for from the rest of the track. It calls to mind something powerhouse songstresses Adele or Amy Winehouse could have put out, but Todd brings her own emotions into the song, pulling at listeners hearts and giving the song a gospel – like feel. Impressive in every way, it is a wonderful introduction to Todd and displays right from the start that Todd is a unique voice.

“Streets of Santiago” has a mix of a western and blues vibe that suits Todd well. The opening few lines, with an electronic effect placed on her voice, makes the song already something fresh, even for Todd. It’s a strong rock ballad, Todd showcasing her growl, attacking the tune with a big and bold approach. The type of song one can imagine being played on a jukebox in a bar,with rattle and sass, and Todd adapts to the sound while never compromising her true self. At the center is a strong woman with an incredible, otherworldly voice that has the power to reach and touch the souls of her listeners. Different than anything else heard on the album Todd takes this new spin and revels in it, letting her vocals shine and mold to form just another shape in her arsenal of genres that she can not only tackle but master. Feeling modern but also a bit retro, Todd takes the reins on “Streets of Santiago” from the first note and never lets her grip go and the outcome is magical.

It’s safe to say that many artists choose to reserve their best song, or the one that is most unlike anything that came before, for the last track on the album and Todd follows this trend with “Wandering Soul.” Soft and calming, like a warm bath for a soul, Todd employs strings to further evoke a somber but hopeful mood. A male singer accompanies Todd on the vocals, both sharing the spotlight and singing in unison and the payoff is sweet. The lyrics are also something to pay attention to as Todd sings “those New York rooftops won’t keep you warm” and she urges all those who are wandering to “take their time.” The repetition of this last line is powerful, driving home the message of the song in a simple but effective way. The acoustic sound wears well on Todd and not only is this the highlight of the album, but it’s already one of the best songs of 2017.

Not every song can be as strong as “Wandering Soul,” however. “Tin Roof” feels like a reiteration of a tune we’ve already heard before from Todd, “ ‘Till The Wheels Fall Off,” just doesn’t work with the rest of the album having a more R&B feel, though it is sung well, and the leading single “Hustle” comes out of nowhere, a 70’s funk inspired tune that doesn’t suit Todd’s vocals well.

But overall Todd is a gem of a singer and Crooked Lines should garner her a lot of praise by music critics.