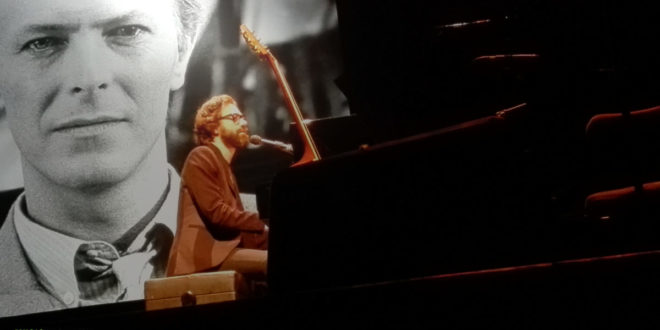 Launching is music career as the lead singer of one of the most successful English-singing Portuguese bands, Silence4 in 1998, the group rose meteorically to end in 2002 in a short but mediatic and successful lifetime. Silence4 reunited briefly in 2014 for a special event, selling out arenas across the country finishing with the release of a live album and DVD.

After the original disbanding of Silence4, Fonseca, or Little David Boy (as he signs his songs) release his first solo album Sing Me Something New, in 2003 revealing a first touch of his geniality as not only a singer-songwriter, but multi-talented artist who tackled every instrument on the album. By now, Fonseca has released eight solo albums and a few other collaborations with other Portuguese artists. He has sold out venues and published a photo book (as he is a photography enthusiast). He’s even performed a week-long residency of two shows per day, playing as many instruments as he could while singing. A one man show aptly dubbed ‘One Man, A Thousand Instruments and a Polaroid.”

Fonseca has also created his own community online Amazing Cats meant to gather the ones that love or want to keep up with his work, as he is a social media enthusiast. You can chose between a premium account where you can access priority tickets to shows or exclusive events as the Christmas CD that is a treat every year with either non-released B-sides, covers from other musicians or even some live videos from a concert.

He makes sure he takes the lead in every process in a sometimes almost crazy geniality. Evidence being the launching of his own reality show to mark the release of his latest album, Futuro Eu, Fonseca’s first Portuguese-sung offering.

Joining his admiration for David Bowie, Fonseca will pay homage to the star with the collaborative project, Bowie 70. The project will feature 13 Portuguese modern and classic musicians singing tribute to Bowie’s iconic legacy.

As a glimpse of what we could expect from next month’s project, CCB held an event to celebrate Bowie’s life. The event covered a mix of short movie clips, talk show and a short set of songs performed by Fonseca. Between the conversations that took place around Bowie’s work, fans watched Fonseca perform an acoustic set including “Modern Love,” “Lazarus,” “Absolute Beginners,” “Let’s Dance” and “Heroes.”

Experiencing some technical difficulties in the beginning, Fonseca took the option and went full acoustic, which in my opinion truly enhanced the songs with an added element of intimacy and character. Highlights were a touching version of “Lazarus,” performed acoustically on guitar, with added percussion of a little drum and tambourine, a breathtaking piano take on “Let’s Dance” and “Absolute Beginners.”

I am sure Mr. Bowie would be very proud of this.

Check a short promo video (subtitles in English) about Bowie 70 below and keep an eye on David Fonseca as he might surprise you soon.