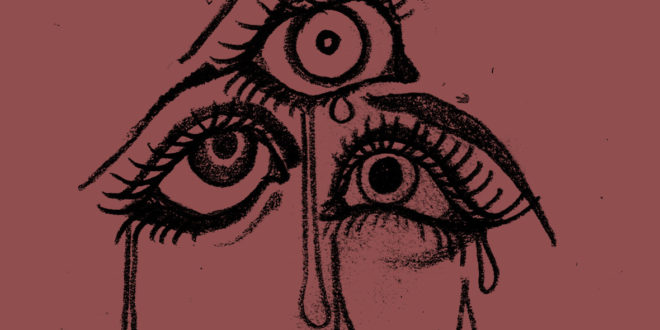 EP Review: The Flats – “Auburn In the Everlast”

Ohio based 5-piece The Flats have released their surprise EP Auburn In The Everlast. Following their ambient single “Machinery” and debut LP “Liberation And The House In Blue”, the EP is their first release in almost a year.

Talking about the new EP, singer Chris Kerekes said Auburn In The Everlast “is about entering into a new phase of my life. A rejuvenated energetic phase…” which is immediately clear from the first seconds of their 2nd major release. Opening song “Electric Light” is the perfect culmination of what the band try to convey with the new EP, showcasing a positive sound whilst having the emotional elements that have made The Flats a success. Followed by “Transparent” which opens with the melancholy tones associated with bands like Turnover, in conjunction with the soft tones of Kerekes’ vocals.

Mat Kerekes (vocalist of Citizen) produced The Falls latest venture which is visible from the swaying nature of “Finite Waste”. Unlike some monotone songs on the EP, the song climaxes with passionate raw vocals, similar to the style of the producers back catalogue. When talking about his involvement with The Flats latest work, Mat said “The Flats are a very special project to me. I don’t write any of the songs, but when they are brought to me by someone in the band to either track or give criticism I treat them as if they were my own. I think every single person in this band is a very talented songwriter and I feel honoured that they trust my creative opinion both musically and visually. We picked these songs apart to the bone together and made them what we think are the best they can be. Everything about this release is so genuine. These are some of the best songs they’ve ever written and I know they are going to resonate with a lot of people”.

Following “Finite Waste” is “Unviable In Your World” which encapsulates the positive tones The Flats front man wanted to exude from the new release. The songs modern indie riffs display a new side to the band not expressed from their previous releases. Despite showcasing a new sound, their early influences are still audible throughout the number; An intro reminiscent of The Cure and a bass line like The National’s work bear the back bone to the enthralling track. The final 2 songs, “Is The War Worth The Cost?” and “Purple Eyes”, are both very similar with a sorrowful tone induced by a prominent piano continuing through both songs alongside powerful drums.

Auburn In The Everest is certainly The Flats most promising work, embodying perfectly the passion that has given the band the platform they currently have. The Flats will be embarking on a US Tour with Mat Kerekes (of Citizen) and Elder Brother (The Story So Far side project).

You can listen to the EP for free on their Bandcamp page. You can also find out about The Flats and their tour dates on Facebook and Twitter.

Previous A Perfect Circle Announce Spring Tour; Begin Work on New Album
Next Gallery: Anti-Flag at The Pageant in St. Louis, MO on 1.6.17