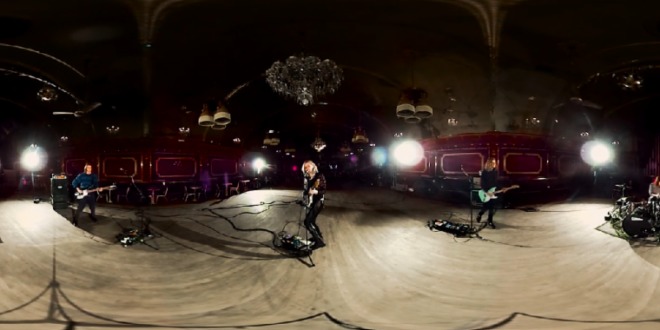 Sundara Karma are poised to become 2017’s breakout band of the year!  With their single “Loveblood” hitting the Top #30 at US Alternative Radio, today the young British newcomers release an interesting 360° live video for the single – PRESS HERE to watch and explore the interactive video via Under the Radar.

“Loveblood” is from Sundara Karma‘s forthcoming debut album, Youth Is Only Ever Fun In Retrospect, which will be released this Friday, January 6th, 2017 via Bee & El/Sony RAL in the US and RCA in the UK. Recorded in London and Berlin and produced by Hundred Reasons’ Larry Hibbitt, the LP’s songs have already hit 10+ million streams on Spotify. PRESS HERE to watch the video for the album’s second single “She Said,” which already has 1.3 million streams and will impact at US radio in early 2017. “She Said” is currently making a splash in the UK, spending four weeks on the ‘B List’ at Radio 1 and reaching the Top 100 at Shazam.