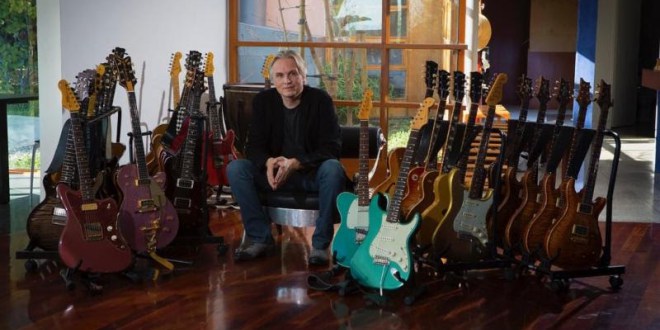 2016 marked another promising year for artists on the alternative spectrum. It seems that ever since my first top list the previous year, my hopes for a streak remain steady. This is saying a lot, given my past disenchantment with the modern rock underground over the years. One thing’s for sure, though. The artists on this list—whether coated in straight ahead pop, earnest dirge, or avant garde identities—continue to emphasize a much sought-after guitar-laden poignancy. The appeal is easily justifiable, but it is their respectable reach toward dedicated, down-to-earth listening communities which makes a wholly indelible impact.

Here are my picks for the top 10 alternative rock releases of 2016:

New York City trio Fat Heaven has developed a solid foundation in revitalizing pop punk nostalgia. Their grassroots basement venue—Moffat Heaven, from which the band name is derived—doubles as a recording studio, proving a burgeoning asset Brooklyn’s alternative rock community. In fact, Tough Luck was recorded in this very place! It is a leg up from their self-titled EP in the widest sense. While the album’s hook-filled channeling of classic Green Day and NOFX remains intact, there’s a more distinct balance in its instrumental as well as conceptual presentation. Listeners will enjoy this newly succinct, personable ride of myriad punker’s bliss and strain from front to back.

Highlight track: “Turning Into A Monster”

As the Columbus, Ohio quintet’s concept states, “Everything ends, people change, everyone leaves, we all move on together”. While that rings as the inevitable truth for all of Earth’s population, the most we can do is live. Rightfully so, the album’s expansive mining of emotive hardcore and dreampop comes with increased clarity, both in terms of instrumentation and thematic understanding. As each song starts to unravel, a varied barrage of shock and awe swirls through fully prepped stereos. Something of this caliber is desired through whichever end we face, whether continual or broad.

Initially sporting the ever-epic punk/prog licks of Coheed and Cambria, Silver Snakes would triumph differently. The drastically abrasive craft of Saboteur, drawing equally from In Utero-era Nirvana and Nine Inch Nails’ Pretty Hate Machine, was able to capture a wider audience upon its release. In my observation, I noted the brash but unified exchange between Alex Estrada’s vocals and Jeremy Bignell’s riffs. Having made additional note of the album art, it’s as if the audience becomes part of the production. That is, as Estrada aptly describes, “a dirty city with broken infrastructure and people on the streets.”

The twelfth in a series of solo albums by former Real Life keyboardist, George Pappas, this album is for those of love-weary and frost-bitten hearts. The mostly synth-based drive focuses on starkly shifting euphoria and aloofness, each chorus enveloping the listener with continually stronger implementation. While inclusivity factor is gradual, it succeeds just as well, giving equally substantial clout to both male and female perspectives of relationship conflict.

Shapiro’s latest solo album demonstrates the life that inspiration can take on its own after substantial fortification. In fact, its title alludes to that catalyst: a woman he saw on the subway wearing pink pants, a jean jacket and a mint green scarf. According to the Westchester County-bred, New York City-based singer-songwriter, “I don’t know who this person is but I remember her clear as day. It was just something that was fascinating to me, so it was enough to carry me through to completion. Indeed, the various synth arrangements on the album construct a cohesively colorful narrative, complete with references from Brad Easton Ellis novels The Rules of Attraction and Glamorama.

4. Maths and the Moon – Familiar Strange (Released May 20)

First offering a tangy, saturated hybrid of shoegaze and industrial on Night Train Daydream, the UK quartet proceeded to concoct a follow-up of psychedelic tinged grunge. And with that, I was hooked. From a surface perspective, this album’s presentation is understandably enticing. Without prior knowledge, you’d swear it was a 120 minutes-era MTV band that was swept under the radar. The core of its intention, though, is to follow the story of a troubled man working to reestablish touch with society. And fear not; the man, as well as the band, is in good hands.

Veterans of the Perth scene since the early 2000s, Australia’s The Drones delivered an album transcending any semblance of genre standards whatsoever. From the first riff onward, imagery of an anarchistic milieu comes straight to the brain. But instead of there being disarray, everyone is up and dancing! Throughout the album, a deeper listen warrants allusions to the stagnation of pop and capitalism, the Somerton Man, and, among all things, a striving for freedom.

Highlight track: “To Think That I Once Loved You”

After three decades of playing for renowned gothic rock acts such as the Mission, Spear of Destiny, and Peter Murphy of Bauhaus, Thwaite created his own path. Thus, a chance at collaboration with his friends—both prolific and burgeoning vocalists—was the genesis of Volumes. For an interesting reference, Thwaite disclosed that the singers had free rein. In other words, they had no prior knowledge of what the other was working on. To think that the final product flows together as well as it does!

Highlight track: “You Can’t Go Back (To Once Upon A Time)” ft. Miles Hunt of The Wonder Stuff

When I was assigned to interview the band’s guitarist and principle songwriter Edward Fletcher, it had glossed over me that he played Sixth Officer James Moody in the blockbuster film Titanic. In fact, his musical proclivity actually surpasses his stints in acting. The extent of this is realized when acknowledging his formative employment at the Cambridge Music store, as well as his education at Berklee School of Music.

Fletcher’s transition to Stunt Plane’s debut album is without exception. Having amassed a collection of vintage guitars, 22 of them play an integral role in the album’s sound. More nuanced throughout the album are the pickups; humbuckers comprise the low-mids in one ear, single coils for shimmer in the other. There are odd time signature drums on a majority of the songs, but the integration of such is smart, so as to have an accessibility aesthetic. Add to that the interpersonal relationship vignettes by vocalist Justin Turbin, and you have an album that’s both substantially involved and totally palatable.

I come from a family who is passionate about all things music. I learned to sing at an early age, and by 13, had my very own Fender Strat guitar. I tried my hardest at learning all that I could. Because I was born with cerebral palsy, I had to teach myself an adaptive playing style. I learned to write and record my own music, despite these difficulties. In college, I started making great use of my writing abilities by reviewing music, as well as copy editing. I guess it's best to stick with what you know, while welcoming a fair challenge at the same time.
Previous Deep House Remix of ‘Good Life’ by Mathias Reif
Next Top 10 Favorite Albums of 2016 | Rocked