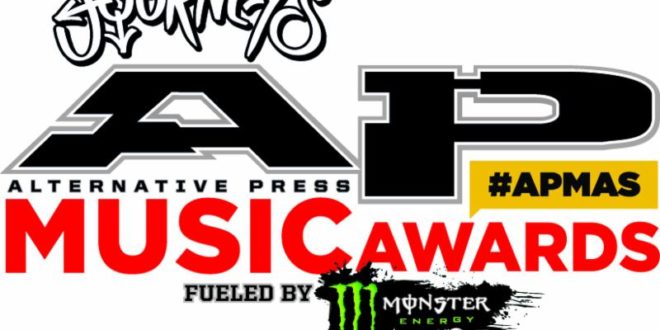 Last summer, after another successful year of extraordinary performances, exciting surprises, interactive onsite activities and an action-packed, star-studded red carpet, the Journeys Alternative Press Music Awards, Fueled by Monster Energy Drink further solidified itself as the biggest, most popular celebration of alternative music on the planet.

After hosting 2016’s event in the great city of Columbus, Ohio at Ohio State University’s Schottenstein Center, Cleveland-based music magazine Alternative Press is pleased to announce they are bringing the APMAs back to their home city on the evening of July 17, 2017.

The APMAs promise even more of what fans have come to expect from the show in 2017 – huge stars and incredible performances – presented on a scale worthy of the most exciting genres in music!

Alternative Press founder and CEO Mike Shea states, “We’ve got some big things planned for the APMAs in 2017 and we’re so happy that we get to return to our hometown to make it all happen. The city of Cleveland is one of the hottest revitalized cities in the nation and we are proud of our ongoing contribution to the city’s growth.”

Details regarding the 2017 APMAs venue, tickets and VIP packages, hosts, nominees, honorees, attending/performing artists, red carpet appearances, surrounding events and more will be announced in the new year via www.altpress.com/apmas.

Last year’s APMAs trended worldwide on Twitter and Facebook for over 72 hours – before, during and after live streaming on Amazon Music‘s official Twitch channel – which reached a staggering 500,000-plus viewers. The Alternative Press Music Awards were the most viewed stream on Twitch day of show, in addition to being the No. 3 most viewed music stream in the platform’s history. Social media reaction and fan response spread fast and furious across the internet following the opening red carpet and awards ceremony, garnering millions of impressions.

In addition, over 6,000 die-hard alternative music fans attended the live show in person. Fans enjoyed hours of snapping pics and rubbing elbows with celebrities and artists outside the red carpet (streamed live via tumblr.), had merch and other items personally signed by their favorite bands at the Monster Energy Artist Signing Truck, enjoyed a front row view of the electrifying live show action in the Fearless Records Fan Pit, and capped off the night celebrating at the official fan afterparty at Skully’s Music Diner. If you missed out on the fun last year, check out a 2016 ultimate highlight reel here.

Each Alternative Press Music Awards show has featured some of the greatest artists in modern music, ranging from today’s biggest rock stars such as Fall Out Boy, Hayley Williams of Paramore, Panic! At The Disco, Twenty One Pilots, Machine Gun Kelly, Papa Roach, Pierce The Veil, PVRIS, Black Veil Brides, Tyler Posey of MTV’s Teen Wolf and Weezer, to musical legends such as Aerosmith‘s Joe Perry, Slash, Joan Jett & The Blackhearts, Billy Corgan of The Smashing Pumpkins and Ice-T. Countless renowned artists such as Rob Zombie, Mark Hoppus of Blink-182, Taking Back Sunday, All Time Low, Motionless In White, Marilyn Manson, Run of RUN DMC, Coolio, Ollie Sykes of Bring Me The Horizon, and beyond have appeared at the APMAs, with spectacular performances from artists including (but not limited to) New Found Glory, Yellowcard, A Day To Remember, Laura Jane Grace of Against Me!, Third Eye Blind and more. Additionally, the APMAs are recognized for presenting collaborative cover performances unlike music fans have ever seen before, including Joan Jett and Slash teaming up to perform “Star Star” by the Rolling Stones, Asking Alexandria performing Duran Duran‘s “Hungry Like The Wolf” with Jonathan Davis of Korn, Halestorm and Slipknot/Stone Sour vocalist Corey Taylor covering Temple Of The Dog‘s “Hunger Strike”, Rob Halford and BABYMETAL performing Judas Priest classics “Breaking The Law” and “Painkiller” and many more.

Keep your eyes on www.altpress.com/apmas over the coming weeks for new announcements and information on the 2017 Alternative Press Music Awards! 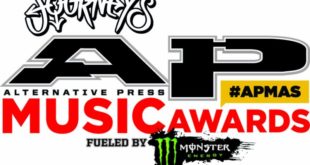 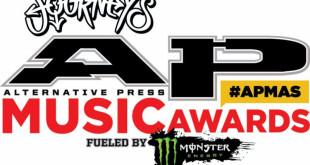 Good Charlotte, Yellowcard, Papa Roach, BABYMETAL and Beartooth to Perform at the 2016 APMAS