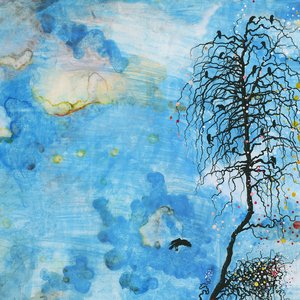 My top three albums of the year all came as a surprise to me. New artists, modern artists, and beloved artists from decades past all show up on this list. To make my list each album couldn’t have a bad track on it. Sure there would be some songs I would listen to more than others, but every song had to be genuinely good. If you’ve seen my top 10 albums of the year this list shouldn’t come to any surprise to you, but it is made up of albums that took me by surprise in different ways.

As a long time Monkees fan I was eagerly awaiting the arrival of their new album marking the bands 50th anniversary. It was an LP that was long time coming and featured all the living members recording new and old songs (Davy Jones is featured on an previously unreleased track). I was expecting good things from Good Times, but I was truly surprised at the value of the content and the flow of the album. Many modern day songwriters contributed to this fun and mostly upbeat album like Rivers Cuomo, Andy Partridge, and Ben Gibbard as well as classic songwriters like Neil Diamond and Carole King. The Monkees themselves even penned some tunes. The album brought back the joy The Monkees had created in the 1960s without ever feeling dated. It is indeed a Good Time.

Standout Tracks: “Me and Magdalena” “She Makes Me Laugh” “I Know What I Know”

Discovering Marlon Williams and his self titled debut album was a complete accident. I was watching a television program and heard a song “Dark Child” that intrigued me. I immediately rushed to find who was the artist behind the song and quickly bought the LP. It soon became one of my most listened to albums of the year. Williams is not simply a breath of fresh air to the music industry, he is a hurricane. Most of the record has a melancholy feel to it, sometimes even downright eerie, and that is part of what makes it outstanding. Williams is not following any trends, instead writing and singing songs with substance and that will have an impact on listeners. There are many different genres of music to be found the album and that keeps the audience on the edge of their seat, never quite knowing what Williams has up his sleeve next. If there is one debut artist to check out this year it is Marlon Williams.

It’s no surprise that one of the best modern songwriters has created not only the best album of the year, possibly the last 20 years, but the release of the LP itself snuck itself up on me. A fan of White since his Civil Wars days, I randomly decided one afternoon to see what he was up to recently and was delighted to hear Beulah was coming out shortly. Soon after the album went up on NPR I couldn’t get enough and was counting down the days until I could get a copy for myself. This is what I listen to every night before I go to bed, what soothes me. White has the ability to take a certain personal situation and make it just vague enough that listeners can insert their own feelings into the music. It’s something that when I saw White live this fall he explicitly described and it’s one of the reasons his music is timeless. Employing the use of The Secret Sisters, White jumps around from soft ballads, to country, and rock seamlessly. It’s been on constant rotation since even before its release and is like a warm blanket on a frigid night to the soul. Beulah is a masterpiece from start to finish proving that White’s is doing just fine on his own.