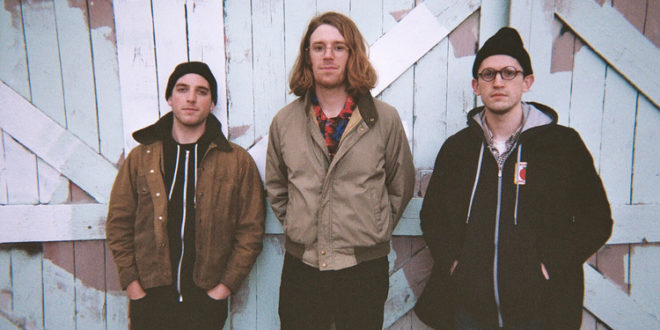 West Coast trio Sloucher have bounced onto the indie rock circuit with their debut EP Certainty. Sloucher, consisting of Jay Clancy on guitar/vocals, Kyle Musselwhite on guitar, and Jack Hamrick on drums, appear to have created this project as a means of testing themselves and hopefully move forward as musicians. What started out as a somewhat unambitious project could very well evolve into a more promising prospect, given that there are a good amount of positives here.

Track 1, “Waiting to Start,” immediately showcases how talented all three men are at working together for this band. With a mellow vibe and blissful guitar work, this track perfectly represents what listeners can expect from this EP. The slightly fuzzy vocals and relaxed lyrics also help the track achieve a dreamy feeling that is sure to put a smile on those listening to it. The second track, “Constant Questions,” has a more direct focus on frontman Jay Clancy whose voice resembles that of Elliott Smith. Clancy’s vocals are soft and comforting, perfect for the storytelling type of songwriting that he puts effort into. This strength also works in Track 3, “Dear,” which is a wonderfully crafted work of dream pop. The slight country inspired guitar strumming paired with Clancy’s once again quiet vocals work to make a sweet song that is reminiscent of the Beach Boys.

When the EP reaches Track 4, “Flower Girl,” it is apparent that each song has flowed from one to the other in a nice woven pattern. Certainty follows a groove that will hook listeners in and make it hard not to admire the heart that went into this project. This trend continues on the fifth track, “Dreams,” which carries the same laid back tone that the EP has been consistent with throughout its entirety. Track 6, Certainty,” is a feel-good song thanks to its pretty vocals and lyrics focusing on the details of love. Certainty takes a slightly different turn with the final track “Bigger Than Me” which is a more ambitious moment for the band compared to the rest of the EP. The lyrics focus on the growing possibilities for what the universe has to offer and the instrumentals border an almost psychedelic vibe that comes close to resembling the likes of Tame Impala or Kurt Vile.

Certainty isn’t a flashy or theatrical project but that’s what Sloucher were likely aiming to achieve. The songs are fairly straightforward with their presentation both in terms of instrumentation and lyrics. The band often performs tracks about the smaller aspects of life which gives their EP a curious yet warm feeling. It’s a nice dose of light, harmless pop that’s main goal is to give listeners a carefree, happy feeling inside.

Sloucher appear to be using this EP to test the waters and discover what kinds of art that they can create and for the most part, this is a solid starting point. This is a simple debut that does its job of proving what the band’s strengths are, such as Clancy’s vocals and Musselwhite and Hamrick’s ability to create a smooth, dreamy landscape with their backing instrumentals. For their next release, it would be nice to see Sloucher continue to hone their skills and keep striving to experiment even more with their sound. Throughout this EP, particularly with the last track, it is evident that Sloucher are capable of creating lengthier, more thought provoking tracks that could help them expand their sound. As of now, Sloucher have made an impressive debut with Certainty and they definitely show the potential to create bigger, more ambitious releases in the future.

Cain Miller is an aspiring writer who hopes to work his way up and gain notoriety for his material. Having written about film, television, music, and sports, Cain is always looking to gain as much experience as he can and continue to improve his writing abilities.
@cainemiller
Previous Hear the latest from SO {Standing Ovation} – “SPEED”
Next Equanimous – Hummingbird ft. Cyndy Fike 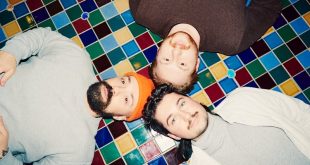