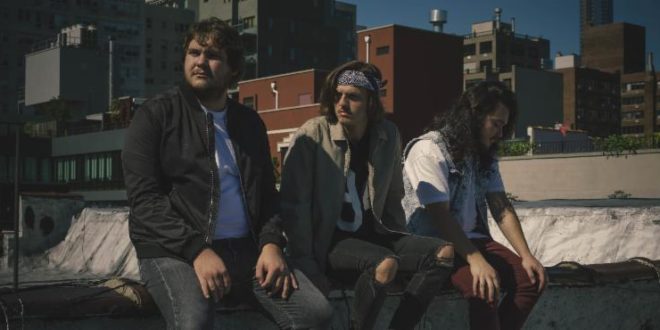 Philadelphia’s rising indie alternative/rock band Civil Youth have been making noise touring the country, opening for bands like Twenty One Pilots and AWOLNATION, and amazing fans with their energetic live performance and leaving them highly anxious for new music. Recently, Civil Youth announced the official release date for their third full-length studio album, Conversations, which is to be released on May 19, 2017. Today, to get into the holiday spirit, Civil Youth is taking a break from promoting Conversations to share with their fans an exclusive holiday song, their own rendition of “Let it Snow,” in partnership with Heart State Review. View their holiday video here. This is what Civil Youth’s Michael Kepko had to say about the song:

“With all the Christmas covers coming out during the holidays, we wanted to give you something a little bit different. We were heavily influenced by Frank Sinatra on this one, so we took his “Let It Snow” and made it darker. We tried to make it as Civil Youth as possible with spacey guitars and a melody that’s more minor and more mysterious. We even got dressed up for this… We hope your holidays are amazing and you enjoy our version of “Let It Snow”! Share with your family and friends to spread the holiday cheer!” – Michael Kepko

Civil Youth is the independent, Alternative/Rock band based out of Philadelphia, PA. Since their first show in March 2015, Civil Youth has toured nationally and is currently venturing on their 8th U.S. tour. What started as an outlet for lead singer, Michael Kepko, to express his anxiety and depression while living in Boston, has evolved into a cultural movement backed by a community of thousands of supporters who identify with Civil Youth’s lyrics and music. Civil Youth inhabits each stage with light-up drum solos, crowd chanting, instrument swaps, and stage acrobatics. Between heavy guitar riffs, and poetic rapping, fans of all ages can find a way to connect with Civil Youth. Within a year, Civil Youth has surpassed the caliber of “local band”, and has established their name across the United States. After the release of their debut album, Disguised In Color, Civil Youth has gained airplay on 134 FM Radio stations, sync licensing with major networks including MTV, VH1, and E!, national press in Alternative Press Magazine, and has released their second full-length album, Who Rescued Who, as well as an acoustic album, titled, Ossein.

Head to Heart State Review today to check out the exclusive premiere of Civil Youth’s cover of “Let it Snow.”  Civil Youth is set to release their highly anticipated third full-length album, Conversations, on May 19, 2017. Follow Civil Youth online for tour dates, new music, and more as they gear up for the release. Civil Youth will be playing an official album release show at Theatre of the Living Arts in Philadelphia, PA on May 20, 2017. Tickets HERE