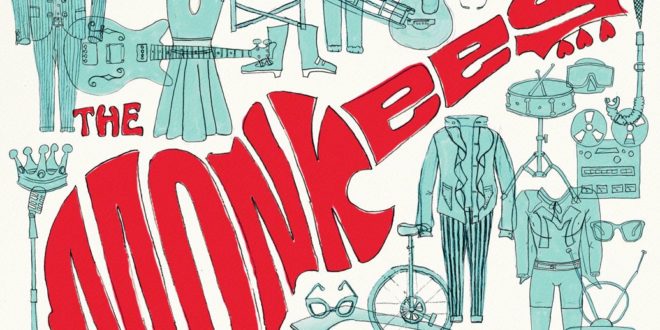 Off of The Hosts second album Moon “Breathless” is a ballad that harkens back to the days of poodle skirts, milkshakes, and such hits like “In The Still of the Night.” While owing much of the success of the tune to the throwback ballad feeling, the lyrics are something to pay close attention to, bittersweet and haunting, for example: “we’re together in the dark/but the love is stone cold. The Hosts lead singer Thom Hogg’s voice is full and smooth in perfect tone and mood with the lushness of the instrumentation of the track. It knows exactly when it needs to ebb and flow, playing up the dramatic nature of the tune when it calls for it. If you’ve never heard of The Hosts, “Breathless” is a fine starting point to introduce you to the charm of the band.

Coming Home is Bridges debut Grammy nominated album full of swoon worthy tunes that evokes memories of Sam Cooke brought into the modern era. When Bridges released a deluxe version of his album this year it was like Christmas morning. Especially after listening to “Here in my Arms.” Sounding authentically like it could have been released decades past, Bridges effortlessly exudes a certain type of magnetism that fans have come to expect from the artist, with some of the silkiest vocals uttered in 2016. Horns add a dash of pizzazz to the song, while the background vocals help solidify it as a true retro inspired masterpiece. This is not only Bridges finest moment of 2016, but it is his best song to date.

To be honest, I have no idea what this song is about, as the lyrics are almost entirely muddled by the bands lead singer Ryan Lindsey. But the beauty of this song is that it is one of those rare tracks where the words have literally nothing to do with how superb and hypnotizing it is. In the absence of clear coherent lyrics, BRONCHO instead uses a mood to generate the most electric song of 2016. Lindsey’s voice is a bit twangy and no matter what he is saying, it creates a sultry vibe that is unmatched anywhere else on this list. “Soak Up the Sun” is a bit of a puzzlement and that is part of what makes it so memorable. Sure one could look up and track down the lyrics, but what fun would that be? We all need a little mystery in our lives.

From the use of the acoustic guitar as the main instrumentation to the intimacy that Clanton brings to the tune, “Novels” is a brilliantly written song that boasts some of the best lyrics in the history of songwriting. Period. “In a world of places/let’s go somewhere we haven’t gone/we’ve got younger faces/than our hearts are letting on,” Clanton sings with sincerity that is hard pressed to find in the modern musical landscape. It’s quiet and heartfelt and speaks to the soul, slow building until it all comes to a head in a burst of emotions and clanging with Clanton beaming “and when we sleep at night I hope that we write novels in our heads/of what to tell the other when we wake.” It’s a moment worth waiting for, Clanton showcasing the talent that comes from inside him waiting for an audience to be touched by his words.

“Pool Party” is a song that one will get swept away in from note one. Much of the credit goes to Jacklin herself, whose voice has a unique spin to it, rich and full, but with an ever so slight twang. It’s the type of track that makes one want to sway back and forth to, lost in the music and mood that Jacklin showcases. The content of the tune is actually quite dark, about a perspn who is known to day drinking and who has bloodshot eyes. Yet Jacklin still finds reasons to love this character even if it’s hard as she explains “my heart is heavy when you’re high/so for me why won’t you try.” The melody, here, is sweeping and emotional the perfect combination for a ballad and the tough subject matter paired with an angelic and slightly edgy vocal performance is something to marvel in.

Blais, in her single off her debut of the same name, is an anthem for anyone who has identified with being an introvert and struggles with wanting to be loved while at the same time not caring at all. The term ‘late bloomer’ can often be used in a negative light but Blais reclaims the word, wearing it like a badge, in what is the most honest portrayal of what it is like to feel like one is not quite on the same level as everyone else in terms of growing up. It’s nothing to be sad about, instead Blais owns her emotions with clever visual lyrics such as “I’m a late bloomer/you’ll never see me in the spring/I hesitate to my pruner/cause I’m scared of ever blossoming.” With a simple acoustic instrumentation all attention is on the content of the track and on Blais one of a kind voice that is soothing and unassuming. The song is also noteworthy for combining Madonna’s “Like a Prayer” into the depths of the groove, Blais bringing depth to an already masterful song.

The Wisconsin based band has been around for a few years churning out catchy rock singles that sometimes have a throwback element to them, but their only new release of 2016 “I Never Asked,” throws away a bit of the wheelhouse the band has been comfortably sitting in and expands their sound to a razor sharp, grit filled gift to the world. The bassline is the backbone on the tune on fire from note one, while lead singer Tommy Shears sizzles with a sparking energy that has an unwavering momentum. The lyrics themselves are imaginative and pure visual art “I see your silhouette in a cigarette/so I take a hit like I never quit,” Shears declares before bursting into the tantalizing chorus. “I Never Asked” is the bands most relevant song to date, channeling The Arctic Monkeys, while never coming across as derivative. Keep your eyes on this band. It’s only a matter of time before they are a worldwide household name.

Williams self titled debut album is a jaw dropping masterpiece from start to finish but the leading single “Hello Miss Lonesome” with its old fashioned folk/country vibe is unlike any other song on this list. Brimming with enthusiasm about the state of loneliness, Williams takes a concept of morphing a feeling into a person to a show stopping degree. His vocal performance alone is a tour de force run that gallops along at a quite hectic speed that matches the hyper instrumentation. When you add lyrics such as “Miss Lonesome’s in the eyes of most everyone you meet” and “we all pick our poison/we dig our own graves/ and Jesus is accountable for every soul every saves” it all combines to create a unique song that feels like one is watching the story of the tune play out like an old western movie on a film screen. That in itself is reason enough to make it one of the top tracks of 2016. It is a song not merely just meant to be heard but to experience.

If White’s aim was to make his fans weep after listening to this song, he has succeeded. It’s a deep emotional ballad about a man who needs to see someone pay after some turmoil. Who the song is about exactly is a bit vague, although there are some guesses floating around, and that is what makes White’s writing so exceptional. We as listeners can easily place ourselves in White’s position tailoring our experiences to fit his and it becomes a song that forges a strong connection with those who consume it. White is one of the most prolific modern songwriters having the ability to tap into people’s minds while telling his own personal story and never does he do it better than on “Make You Cry.” If one was just to look at the lyrics they would come off as harsh and abrasive but with the simple instrumentation, which is stripped back, it becomes a softer piece of music. White’s secret ingredient is The Secret Sisters who back him up on the track providing their angelic voices. “I’m breaking your heart/just play the part,” White croons in the moment that the entire song has been building up to and it pays off. “Make You Cry” is exactly what fans of his last musical venture The Civil Wars love about him. Clearly he has not lost his touch. It’s nothing short of magical.

1.“Me and Magdalena” – The Monkees

It’s the 50th anniversary of The Monkees and to celebrate the band released Good Times, a collection of new and some old songs written by the members of the band and by other prominent songwriters. “Me and Magdalena” was penned by Death Cab for Cutie’s Ben Gibbard and sees Mike Nesmith take the lead while Micky Dolenz completes the track with his harmonizations. It is hauntingly beautiful, Nesmith and Dolenz voices blending seamlessly, both complimenting one another and that is the main factor of what makes this tune so special. The other factor is the lyrics which are tender and have been known to cause some weeping to those who listen. “Know that everything lost will be discovered/when you drift into the arms of the undiscovered,” Nesmith and Dolenz sing together pitch perfect and alarmingly moving.The emotional aspect to the song is something that will stay with listeners long after first hearing it. There is depth here, a connection and bond that not only makes this one of the best songs of the year but arguably the best Monkees song to date.