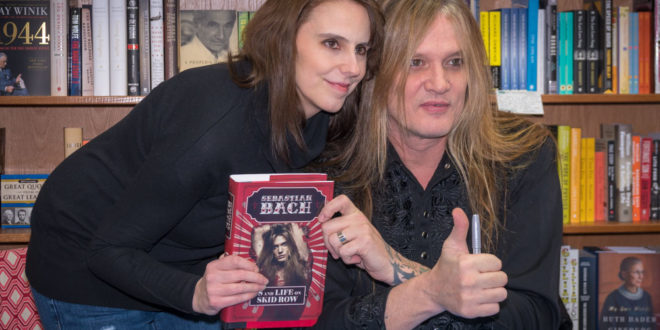 Rock ‘n’ Roll singer and legend, Sebastian Bach, recently released his autobiography, 18 and Life on Skid Row. It vividly details his memories of life from early childhood in the Bahamas to fronting multi-platinum hard rock/metal group, Skid Row, and its rise to success, as well as his years beyond as a solo artist after getting kicked out of the band.

The memoir was penned solely by Bach and often reads as a monologue, in an endearing way, as Bach relates his recollections, thoughts and feelings about his life, from lesser known childhood moments to wildly publicized controversial incidents from his professional life as he came of age as an adult on the tail end of the rockstar lifestyle of the 80’s. The fact that Sebastian wrote this book on his own gives it a personal touch that is to be commended.

Recalling his childhood, Sebastian details themes that are common to many musicians and fans alike – divorce, and music as an all-encompassing escape – in a way that humanizes him and sheds some light on why he is who he is. And part of who he is, or has been in the past, is an occasionally impulsive guy who has gotten himself into trouble from time to time due to a lack of self-restraint or a momentary lapse in judgment. But Bach is open and forthright about many of these incidents and his personality, warts and all, in this book, as he reflects back on them with hindsight and a different, more mature, perspective on life that he seems to be settling into as he approaches the age of 50.

And for those of you who just like to read about the wild lives your favorite rock stars have lead and behind the scenes stories about your favorite bands and the music business in general, this book won’t disappoint you! Sebastian shares many stories from the rise and times of Skid Row that will leave you laughing/in shock and confirm for you that your mundane desk job does indeed suck compared to a rock star in his heyday like that back in the 80’s.

On December 9, 2017, Bach appeared at Anderson’s Bookshop in LaGrange, Illinois (Chicago market), to meet and greet fans and sign books for them. He was in very good spirits right from the get-go as he commandeered the store’s PA system to welcome and address the fans who had gathered to meet one of their favorite singers. And later he stood on his chair to get a bird’s eye view of the fans in line in the store, which he filmed on his phone and subsequently posted on his Facebook page.

What was nice about Sebastian’s book signing this night compared to other author’s book signings I’ve attended is that it wasn’t like an assembly line that the author just wants to get through as quickly as possible. Bach welcomes fans up one at a time (or together if people come with friends or family members) and invites them to sit next to him while he exchanges a moment with them while he signs the book in their presence, addressing the signature to each by name…and then poses for a picture with them on their device while they are next to him (which is much better than those authors who either won’t pose for pictures, or only pose for a quick, awkward, and impersonal photo with you standing in front of a table that the author sits at, while you turn your head backwards to face the camera).  *Info continued below gallery*

Sebastian Bach has a few remaining dates on his book signing tour, so catch him if you can: 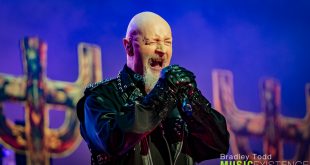