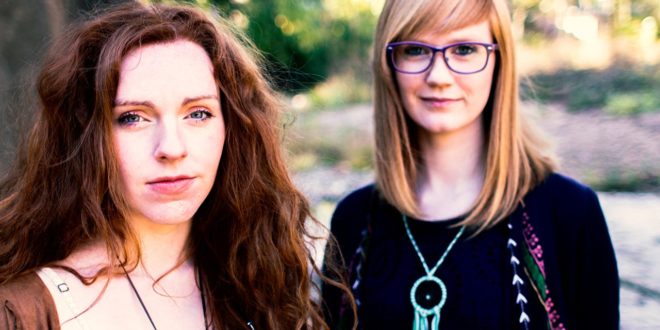 Serendipity brought Zoe and Rosie together at an open mic whilst both studying music in Liverpool. Paired together by teachers to have their songwriting critiqued by Paul McCartney, they were inspired to start co-writing, and are now an almost telepathically-linked songwriting force.

Rosie grew up singing and playing a variety of instruments in a music-filled household in Devon, picking up guitar after finding an old nylon-string under the stairs. As a teenager, Rosie’s musical diet was a mix of punk bands & angsty singer songwriters, finding country through a friend’s copy of Ryan Adams’ ‘Heartbreaker’. At 17, she wrote a song called Tennessee about wanting to live in Nashville and get her heart broken so that she could write songs like the ones she loved.

Zoe, whose family originate from Liverpool and Ireland, was raised in a small village in Kent by her mum. She inherited music from her parents who, although separated, were both performers which resulted in a childhood spent back and forth between her mum’s theatrical rehearsals and her dad’s club gigs. At 12, she started learning to play her dad’s old Spanish guitar to accompany herself, drawing inspiration from Eva Cassidy and Joni Mitchell; the songs poured out.

During their time in Liverpool they became musical soul mates and so, after uni, they set off together making music as Worry Dolls. They were drawn to London, where they spent the best part of a year sleeping on couches, obsessively co-writing and performing, and all the while developing a burgeoning cult following.  Worry Dolls harnessed this period of transition and channelled it into two EPs, with their second release “Burden” evidencing a sound that was beginning to shed its starry-eyed innocence, and give way to a more acerbic and mature artistic voice.

After a summer of grafting on the festival circuit, they made the decision to quit their day jobs & lives in London to fly to Nashville and record their debut album. They had a strong vision for the record even before it was fully written. The most important creative anchor was to stay true to their English roots and to work with people who could elaborate what they already had.

GO GET GONE is a confident and broad-brushed portrait of a band truly hitting their stride, lilting the menacing yet graceful first single “Bless Your Heart” to the road-weathered stomp-along “Train’s Leaving”, whilst the sparse country-waltz lullaby “Miss You Already” harkens back to their folk origins.

GO GET GONE will be released on January 27th, 2017 on Vinyl, CD and all digital outlets via Bread & Butter Music. Worry Dolls will be on tour extensively starting 18th January 2017. 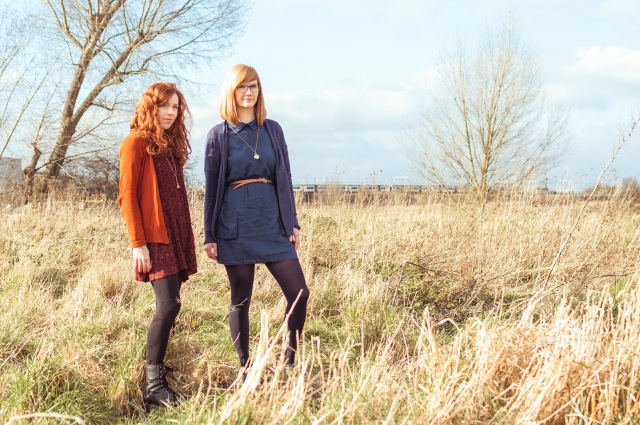