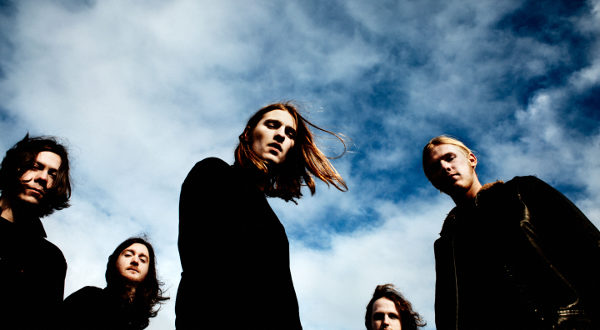 Turbulence, the debut album from U.K. rockers Broken Hands, has just seen its worldwide release via SO Recordings.  To celebrate the band have unveiled a brand new video for their latest single ‘Four’.

The album was recorded in various studios throughout the UK and produced by Brit Award-nominated producer Tom Dalgety (Pixies, Royal Blood, Ghost). Of the inspiration for the album, frontman Dale Norton explains the epiphany he had at am airport and how he felt the airport became a metaphor for life itself: “As this ran through my head I was hearing the jet engines soaring into the sky, they sounded just like fuzzed-out guitar feedback and festival-sound drums crashing. Then came more images: planes taking off and people getting messed up. Turbulence and paranoia. Engines charging and pupils dilating…” Flight and travel became the new goal, both as an obsession and a theme and that’s what all the tracks on the album focus on.

This goes some way to explaining why the band took to decorating each venue they played in the last couple of years in silver foil to evoke feelings of isolation and space travel. The accompanying video to ‘Four’ was directed by Chris Wade of Dogbrain who explains “We wanted to get across the vibe of the whole album in this one video – meaning silver, jet propulsion and sci-fi adventures. After a swift cover of Elton John to warm up, the morph suits came out and rest came naturally as always. We filmed it back in September, I’d say it was a good 8/10 on the sweat-O-meter that day”.

Talking about the new single itself, Dale goes on to explain “‘Four’ is literally about the feeling you get when you’re about to be reunited with someone who has been away on a long trip. The album concept was realised at Heathrow’s terminal 4 so it’s closing the loop on the concept in a way”.

Broken Hands are Dale Norton (vocals), Callum Norton (drums), Thomas Ford (bass), Jamie Darby (guitar) and Dave Hardstone (keyboards). Since forming, Broken Hands have toured extensively including a UK headline tours, festivals including SXSW, CMJ, Canadian Music Week, Reading/Leeds Festival, Isle of Wight and Sonisphere amongst others. They have also opened for the likes of the Rolling Stones, Black Sabbath, The Cult and Catfish and the Bottlemen.

The album is available now on CD, LP, Download & Streaming 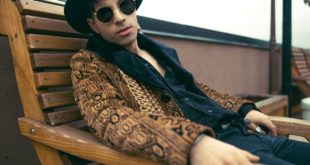 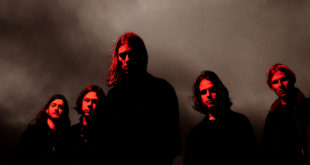