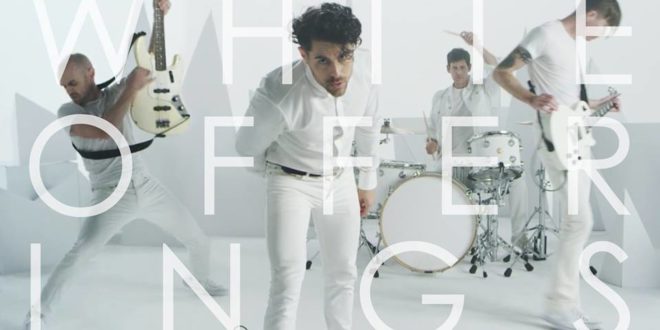 With a new album set to release on January 20, 2017, AFI have just released a new striking music video for their hit single “White Offerings.”

As stated earlier this week, AFI’s new creation, AFI (The Blood Album), is their first for Concord Records and the first to be produced by guitarist Jade Puget. In addition, AFI (The Blood Album) will be their tenth self-titled studio album, and is, of course, already highly anticipated by both fans of the newer and older AFI. Fans of AFI’s earlier music will surely fall in love with the new record.

In addition to AFI’s new release on January 20, The Blood Tour will also kick off on the same day, bringing fans even more to look forward to. Click here for tour dates.

Madelynn is a photographer and writer for Music Existence, an honors student at the University of Texas at Austin, and a video game addict. Aside from photography and school, Madelynn spends most of her time playing with friends online or finding new artists.
@madelynnvphotos
Previous Gallery: Bastille at the Bowery Ballroom in NYC 12.05.16
Next Album Review: September Mourning – Volume II