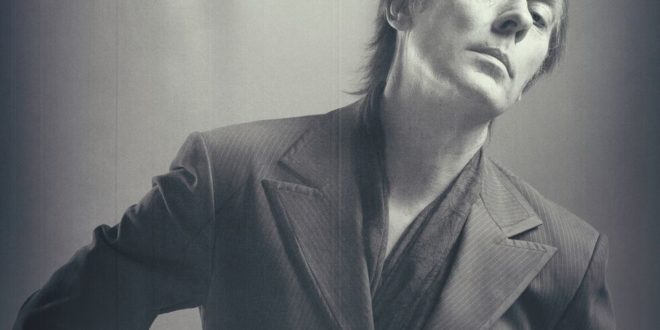 On the night of April 1, 2016 at the Irenic Theater in San Diego, California, PETER MURPHY began his Stripped Tour, a worldwide maelstrom of over sixty concerts in fourteen countries. He is continuing his tour with a second U.S. leg, starting tonight at San Diego’s The Observatory and continuing straight up the California coast before venturing out East for a handful of shows including Boston, New York City and Baltimore (full dates below).

Stripped hones a new sound for Murphy, reviving legendary songs to the exposed heart of his voice as never before heard in his epochal stage career, from “Marlene Dietrich’s Favorite Poem” (from his album Deep) to the title track on his latest album, Lion. He is strong as ever, tapping the pulse of his muse as a trio with his longstanding collaborators, guitarist John Andrews and bassist/electric-violinist Emilio “Zef” China.

First emerging from the British punk and rock underground in the late 70s, Murphy (along with bandmates Daniel Ash, David J and Kevin Haskins) fronted the groundbreaking iconic rock band Bauhaus which spawned four iconoclastic and ultra-seminal albums as well as keystone singles “She’s In Parties”, “Silent Hedges”, and, of course, “Bela Lugosi’s Dead” before disbanding in 1983. Murphy launched a successful solo career that has yielded ten solo albums so far, including his latest LION, released in 2014 (a companion remix compilation was released last year). The Stripped Tour spans the breadth of Murphy’s material including his solo albums and his earlier Bauhaus works, as well as a cover or two for good measure.

After announcing the first leg of the Stripped Tour for U.S. audiences earlier this year, he sold out eight shows coast-to-coast. In light of this success, Murphy is planning to release a live album from the initial U.S. tour on Metropolis Records in the new year. More information on that release is forthcoming.