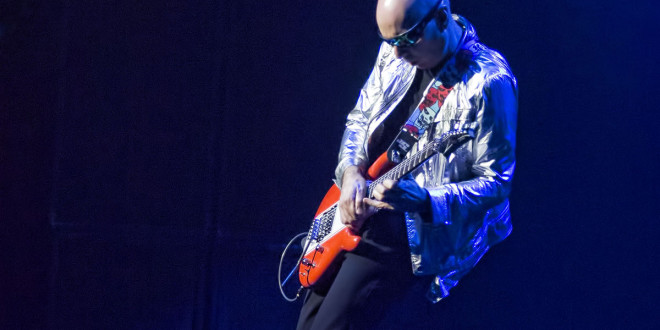 For its fourth installment, the G4 Experience enjoys a game-changing and historic first. The camp will celebrate the writing, recording, and performance of SATRIANI’s seminal GRAMMY Award-nominated, platinum-selling 1987 epic, Surfing with the Alien—one of the most successful instrumental guitar albums ever made. Recognizing the record’s 30th anniversary, campers will enjoy the once-in-a-lifetime opportunity to pull back the curtain on the album with the visionaries behind the music.

SATRIANI will be joined by longtime co-conspirator and Surfing with the Alien co-producer John Cuniberti in addition to other special guests. His original live band during the record’s tour cycle, Stu Hamm and Jonathan Mover, return for the first time since 1995 for the evening’s performances.

About Joe Satriani’s G4 Experience: Surfing with the Alien 30th Anniversary, SATRIANI says, “To this day, every fan conversation ends up referencing Surfing with the Alien. We thought the best way to celebrate its 30th birthday would be to devote the 2017 G4 Experience to all things Surfing. It’s such a special moment for me, and I can’t wait to see everyone there so we can relive this album together and create new memories in the process.”

Sign-up is encouraged immediately as the event will sell out soon!

Previous Gallery: Bullet For My Valentine at Newcastle O2 Academy, 27.11.16
Next Album Review. Taylor Noelle: Out of My System 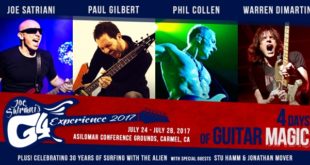 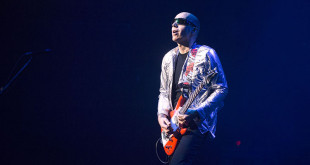 Gallery: Joe Satriani at The Chicago Theatre in Chicago, IL 04/15/16 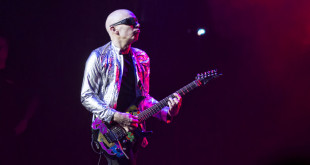 Review: Joe Satriani at The Chicago Theatre in Chicago, IL 04/15/16