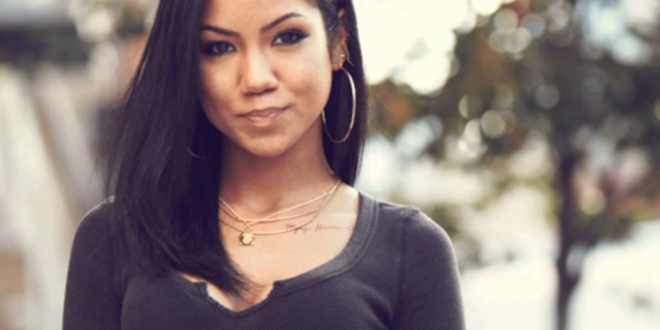 Singer and song writer Jhene Aiko is all over her social media channels talking about her highly antcipated album release in 2017 and her latest single, from the album, “Maniac.” “Maniac is part of an art vision that involves Jhene being ted in rope – which can be seen on the single’s cover art and a video that Billboard debuted. Jhene worked with photographer and director Steven Taylor and a master in the art form of Japanese bondage called shibari. She told Billboard in an interview, “This is something that the Japanese do and it’s decoratve tying. They do it for sensual purposes too, but it’s a true art form.” Jhene has several performances scheduled for the remainder of 2016 and dates in 2017 – tckets can be found at See Tickets.

In 2016 Jhene shocked everyone when the announcement of her separaton from husband Dot da Genius citng irreconcilable differences. A lot of fans and media outlets were not aware that the couple were married or that Jhene was even in a relaonship.

Jhene got her start early by contributng vocals and appearing in several music videos for the R&B group B2K – the singer ended up taking a break from music, signed with the label Atrium which is distributed through Def Jam Recordings, and returned later in 2011 with the mixtape Sailing Soul. In February 2015, Jhene was nominated for three Grammy Awards at the 57th Annual Grammy Awards and later joined rapper J. Cole on his tour. Since then Jhene has collaborated with rapper Big Sean under the name Twenty88.

When the media inquired about the name , which also served as the album ttle, both artsts said that Twenty88 is a story that talks about the highs and lows of a relatonship, with insights into conflict, memories, love, sex and more. Jhene is respected artst by many professionals in the music industry. Nick Jonas shouted out Jhene as an influence during the recording of his debut album – citng that her alternatve R&B sound was heavily influental during his music process.

Jhene has credited rapper Tupac as the major influence in her inspiraton in music. She has also mentoned artsts such as John Mayer, Eminem and Kendrick Lamar as being musical influences within her life. Jhene grew up in Ladera Heights, California. She was homeschooled because she did not feel like she ever fit in at school. Throughout her schooling, Jhene also took vocal lessons.

Stephen Vicino is the founder of MusicExistence.com. He created this site to give talented musicians a voice and a way to be discovered.
@@svicino
Previous AFI Announced As Main Support to Deftones on Their May 2017 UK Tour
Next David Liebe Hart & No Funks Given – ‘From The Hart’ EP