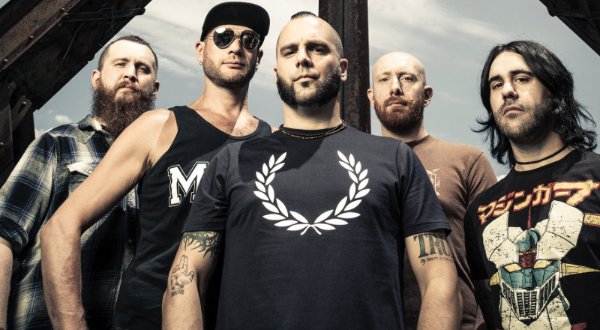 Killswitch Engage have teamed up with The Talkhouse to premiere the new video for “Cut Me Loose.” Directed by Jeremy Danger and Travis Shinn, the video is a new imagining of the powerful song from the band’s latest album Incarnate, which was released in March 2016 via Roadrunner Records.

The Talkhouse features distinguished artists from both music and film, of all genres and generations, discussing one another’s work.

In addition to the premiere of this video and in keeping with The Talkhouse spirit, KsE vocalist Jesse Leach, who is known for his thought-provoking lyrics, shared his Top 10 favorite lyrics of all time with The Talkhouse.

KsE fans have a deep connection to the band’s lyrics and recently dialogued with Leach about it on Instagram. Therefore, it was perfect time for the singer to do a deep dive and share the lyrics of other artists that have impacted him tremendously.

In other KsE news, the band will once again participate in Record Store Day festivities! For Black Friday/Record Store Day on Friday, November 25, the Grammy-nominated, Massachusetts-based hard rock band will release Beyond the Flames: Home Video Part II. The release is a two-disc, Blu-ray and CD package and is exclusive to Record Store Day.

Beyond The Flames: Home Video Part II is a treasure trove of gripping content containing over 3 ½ hours of footage that is sure to delight KsE fans. At the heart of this release is a 75-minute documentary that chronicles the return of original vocalist Jesse Leach, after nearly a decade of being apart, to the band he helped form back in 1999.

2016 saw KsE appearing on a Stars Wars-themed Revolver cover, staging an unforgettable and intimate, five-club NYC takeover for album release week, and embarking on an impressive Incarnate World Tour. The band also released a limited edition 7″ as part of the spring version of Record Store Day on April 16; it featured “Define Love,” an unreleased track from the Incarnate sessions.

With further plans for Europe, Australia, North America, South America and Asia in the works, 2017 is shaping up to be an equally busy year for Killswitch Engage. More U.S. tour details will be revealed soon.