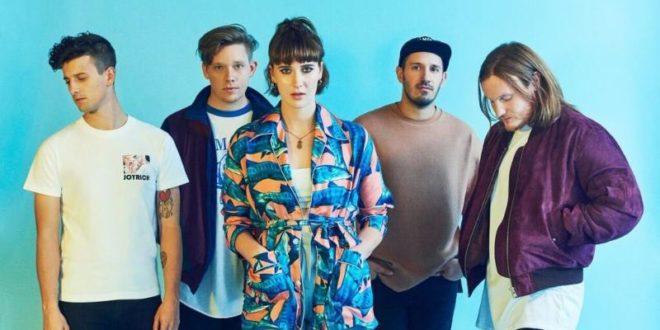 Fickle Friends release the brilliant video for new single “Brooklyn” ahead of their biggest ever headline gig at London’s Heaven on December 1st. The video was directed by the esteemed director and photographer Charlotte Rutherford (Charlie XCX, Marina & The Diamonds, Perfume Genius).

PRESS HERE to watch the “Brooklyn” video via Hunger.

Unveiled earlier this month, “Brooklyn” is the next chapter in the Fickle Friends story. Following in the footsteps of their singles “Swim” and “Cry Baby,” the new track sees the Brighton five-piece significantly raise the bar on their compulsively danceable brand of indie-pop.

Fickle Friends have spent the last year travelling the world, touring and recording their debut album. As one of the most exciting new bands in the UK, considering they’ve accumulated over 9 million streams on Spotify alone, they’ve built their devoted fan base in a doggedly, old-fashioned DIY way. Winning over fans and critics alike, with streams of utterly memorable singles, and staying on the road while consistently rocking every gig they play and winning new fans over.