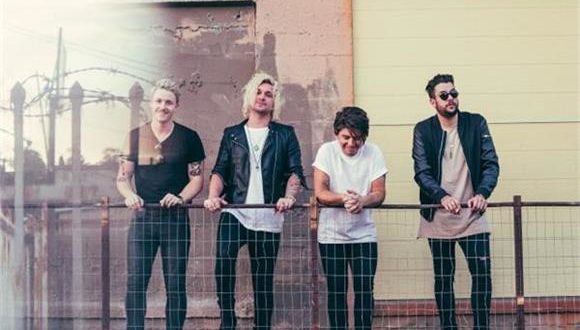 Fresh on the heels of the release of sophomore album High Times For Low Lives, Australian alt-rockers The Griswolds have announced that they will embark on The Low Lives Tour in early 2017, bringing them to major cities across the country including New York, Los Angeles, and Chicago. Full routing below and tickets are on sale now – for more information, please visit www.wearethegriswolds.com. Additionally, the band has premiered their new music video for Alternative Radio single “Out Of My Head” today via Baeble. PRESS HERE to watch the video which features animated hand-drawn artwork from fans.

“Out Of My Head” has garnered more than 1 million Spotify streams in addition to earning the band their National TV debut earlier this fall when they appeared onthe TODAY Show with Kathie Lee and Hoda as Elvis Duran’s Artist of the Month – PRESS HERE to watch! The Griswolds’ wide-ranging and bold new album High Times For Low Lives premiered just last week via The Tonight Show Starring Jimmy Fallon’s Tumblr. Helmed by Grammy Award-winning producer Andrew Dawson (Kanye West, Sleigh Bells, fun.,) the album is available to purchase now HERE.