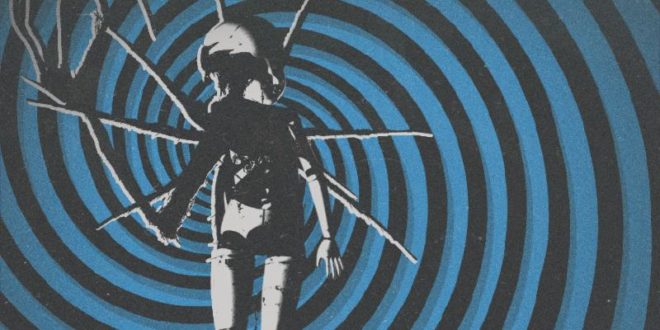 Atlanta’s Theatricore unite, The Funeral Portrait (Revival Recordings) consisting of vocalist Lee Jennings, guitarist/vocalist Juergie Sandstorm, guitarist AJ Pekarek, bassist Chris King, and drummer Stephen Danzey, blend elements of rock and roll, heavy metal, and theatricore with a pop sensibility to paint stories of love, loss, anger, and grief onto a canvas of skillfully crafted tunes. The band just announced a tour with label-mates Famous Last Words which kicks off this December in anticipation for their brand new album, A Moment of Silence due out December 16, 2016. This will be their debut full length featuring 13 tracks including, “The Water Obeyed The Gravity” which premiered exclusively with Alternative Press in October. Today, the band is thrilled to unleash, “Like Father, Like Son,” a riveting song about the relationship the character has with God and how it is falling apart. The album as a whole about one man’s journey through the afterlife. Upon dying, he is desperately trying to connect with his God, but no one is there.

The band’s guitarist/vocalist, Juergie Sandstorm had this to say about the concept and track:

“This man has been told his entire life that when he died, he would be greeted by God at the gates of heaven. Now he must drift and observe, waiting for the truth to reveal itself.”

Watch the brand new “Like Father, Like Son” music video exclusively on MetalUnderground here! Pre-order A Moment of Silence now!

Previous ONE OK ROCK UNVEILS “AMBITIONS”
Next Gallery: Columbus at Audio in Glasgow, 17.11.16