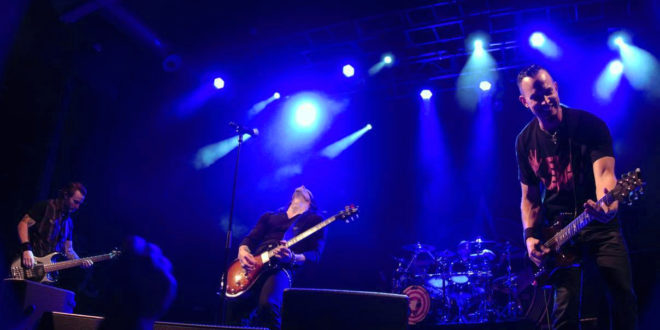 Currently on tour through Europe, Alter Bridge stopped in Barcelona on Saturday, November 5th for an exhilarating show in support of The Last Hero.

Up first were New Zealand rockers, Like A Storm with their unique brand of digeridoo-metal. Hailed as one of the most hardworking bands in the industry, Like A Storm have amassed a tightknit, dedicated fandom worldwide. Barcelona was no different. Vocalist Chris Brooks was welcomed with enthusiastic cheers when he stepped out for the band’s well-known digeridoo intro. Making the best of their short set, the band kicked it up with “Chaos,” “Never Surrender” and “Become The Enemy.” Their energy was undisputed, and impossible to ignore. Like A Storm also tore through “Wish You Hell” and squeezed in a cover of AC/DC‘s “TNT” before wrapping it up strongly with “Love The Way You Hate Me.”

Grammy-awarded Living Colour hit the stage some minutes later with the confidence of a band that knows exactly what to do to captivate a crowd. The band was careful in their song selection, but made use of its short 8-track set well. The New York band favored older material such as “First Man,” “Desperate People,” Funny Vibe” and a stellar cover of The Notorious B.I.G.’s “Who Shot Ya?” Potentially the only downside to the otherwise powerful set was the cranked up volume that caused much of the front few rows some pain. Despite the overly loud volume, Living Colours was gripping. Guitarist Vernon Reid announced they were about to play a surprise song, and no one expected to hear Nirvana‘s “In Bloom” that night. The set wrapped up with “Type” and “Cult of Personality” but not without the entire venue loudly singing vocalist Corey Glover “Happy Birthday.” Everyone that was there just for Alter Bridge and didn’t know anything about Living Colours was loving them by the time the band finished their set.

Alter Bridge started at 21:15h, later than their first show in Bilbao the day before. Barcelona was anxious and enthusiastic for what turned out to be an amazing live show, with one of Alter Bridge’s longest set. Frontman Myles Kennedy himself commented on the length of the show, how lucky we were as an audience but that they had to respect city curfew.

The band started with “Writing on the Wall,” off their new studio album The Last Hero, followed by one of the crowd favorites, “Come to Life.” The audience reaction was immediate, but that’s no surprise as Blackbird is often cited as a fan-favorite. Alter Bridge followed it up with “Before Tomorrow Comes,” “Ghost of Days Gone By” and one of their most powerful songs, “Addicted to Pain,” from Fortress. Kennedy and guitarist Mark Tremonti feel like an unstoppable force up on that stage. Both brilliant players with a passion for their craft and the humbleness to recognize each other’s strength. They absolutely kill it every time.

And they clearly have fun while doing it. Together with bassist Brian Marshall, Kennedy and Tremonti made a conscious effort to travel the length of the stage and give everyone a chance to watch them shred those strings. I must point out that Tremonti greatly benefited from the time on the road with his solo project – his backup vocals are stronger than ever. Specially now with the soaring range of the new material, it’s outstanding. Tremonti had a chance to show off that vocal prowess and bolstered confidence with “Waters Rising,” which definitely got a pop from the crowd.

Other songs to note on the setlist are “Crows on the Wire,” which is probably the sickest song from The Last Hero to experience live, “Ties That Bind” and “You Will Be Remembered.” Alone on the stage with just an acoustic guitar, Kennedy lead the crowd through a heartfelt performance of “Watch Over You.”

The quiet moment gave way to the power riffs of “Rise Today” and “Poison In Your Veins,” which sounds absolutely phenomenal live. But by now I feel like that’s a redundant statement, because Alter Bridge is one of those bands who consistently over-delivers during their live shows. Not even just in their performance, but also on a human level. The band is well known for their constant interaction with fans across the globe. Proving again how caring he is toward his audience, Kennedy jumped off the stage to hug and take some selfies with a fan on the barricade.

The night wrapped up with two of Alter Bridge’s most beloved songs, “Blackbird” and “Metalingus” coming in right before the encore.

Powered by Scott Phillips on the drums the band delivered a killer show. Their performance flawless, and each member’s honest enjoyment truly adds an extra element to the entire show. So that even after the long set, fans were hungry for more. We could have been there all night.

It is a very happy crowd that left Razzmatazz that night. Whoever said rock is dead has never seen Alter Bridge live.

Make sure you catch them on the road this winter. The European tour wraps up in Basel on December 11th, and North American tour will kick off with Shiprocked on January 16th. (See full routing below) 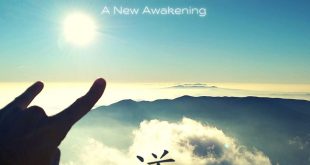 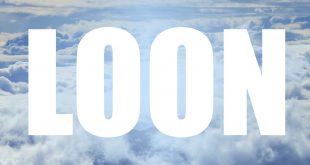