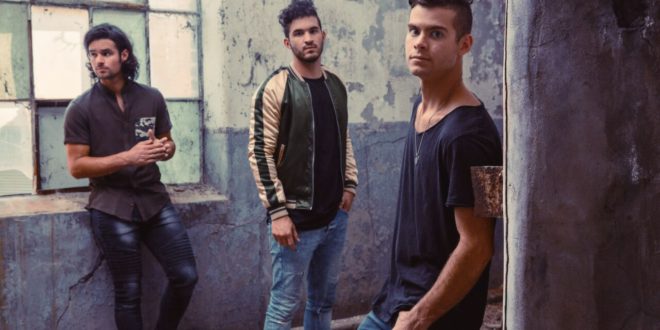 Atlanta Pop-Rock outfit OBB are pleased to announce the success of their new single “Sweater,” which since its release a mere three weeks ago is breaking records. Beyond debuting at #19 on the “Spotify: USA Viral Top 50 Chart” and trending to #14, their monthly listeners have increased +582% to 197,689, and they’ve been added to popular playlists such as “New Music Friday,” “Young & Free” and “Weekly Buzz.”

As catchy as the cold that the namesake of the song is meant to prevent, “Sweater” is filled to the brim with infectious hooks. An alternative-pop gem, the song will surely grab the hearts and fill the ears of anyone with a knack for fun, dance-along indie rock.

Signed to Curb Records, OBB stands for Oswald Brothers Band. The brothers are Zach(lead vocals, guitar), Jacob (lead guitar) and Nich (drums), and they fully contribute to all aspects of the band, playing the roles of artist, songwriter and musician. They’ve built an enthusiastic and adoring fanbase city-by-city having spent years on tour.

Influenced by the likes of One Republic, Coldplay and Twenty One Pilots, there is no doubt that OBB is headed for a high degree of pop-rock greatness.