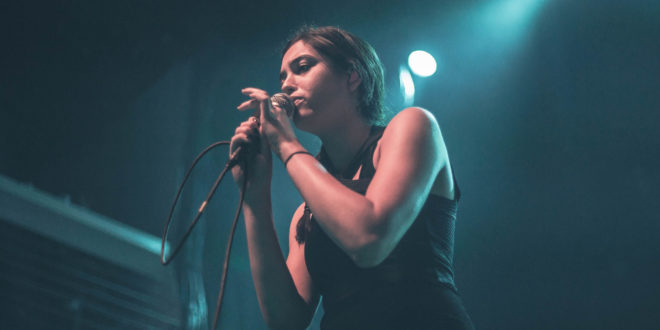 “Jess Kent will release her debut EP, titled My Name is Jess Kent, on November 18th via Capitol Records. The England-born, Australia-raised artist-singer-songwriter, who is also a self-taught producer with a natural skill for crafting boldly nuanced electronic music, has already scored a breakout hit with the reggae-infused alt-dance-pop track “Get Down,” which has racked up more than 1.5 million plays on Spotify. “Get Down” emerged as the most frequently played song on national Australian radio station triple j and won the adoration of such superstars as will.i.am and Coldplay. With a brash energy born from Kent’s lifelong love of bands like Blondie and the Clash, “Get Down” shows the emotional complexity of Kent’s artistry. Born in Derby, England, Kent got her start in music thanks largely to her dad, a blues-rock guitarist. She has played guitar since age seven and spent her childhood busking with her brother. Now 22, Kent has mastered a potent approach to rapping that pairs her rapid-fire flow with lyrics both defiant and vulnerable. My Name is Jess Kent, which gracefully fuses hip-hop, alt-pop, and beat-heavy electronic music, also features new track “The Sweet Spot,” which matches reggae-inspired rhythms with Kent’s reflections on holding true to her dreams. Watch the video, released today, HERE.”