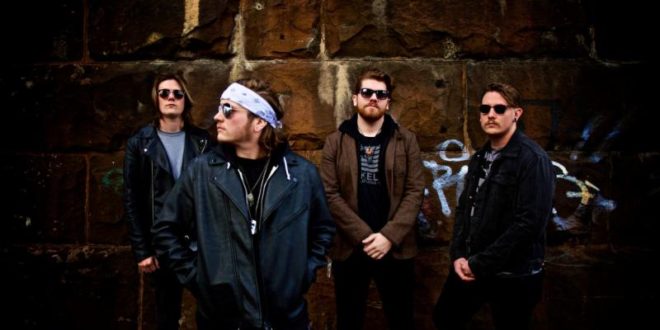 Chasing Safety Release Official Music Video for “This Is Hell”

New Jersey post-hardcore rock outfit Chasing Safety recently announced the release of their sophomore album, NOMAD, set for January 6th, 2017 with Outerloop Records, and dropped the album’s debut track “Brand New Prison,” leaving fans stoked to hear more of the band’s evolved rock sound. Today, Chasing Safety is partnering exclusively with Rock Sound to premiere the official music video for their next single, “This Is Hell,” directed by Alex Kouvatsos (Blackwolf Imaging). “This is Hell” highlights the overall theme of Nomad as it’s about being left on your own. Johnny Galivan elaborates, “After investing so much time and belief into someone or something you basically just stop believing in them and go your own way.”

Hailing from Cherry Hill, NJ, Chasing Safety is a captivating band best known for delivering a barrage of ferociously intricate guitar riffs, explosive choruses, and hauntingly cinematic flares. Bringing their brand of theatrical brutality to life, the band flawlessly transitions their melodies from the stereo to the stage, taking their live show to the next level with high-energy on-stage antics. Comprised of Johnny Galivan (vocals),Kenny Davis (vocals, bass), Patrick Hall (guitar), and Luke Chizek (drums), the pulverizing four piece has stamped out a corner in the post-hardcore genre. After dominating their local scene, Chasing Safety self-released an EP, The Machine, in 2013, organically growing a rabid fan-base before penning a deal withOuterloop Records. Their debut full-length, Season of the Dead, was released in 2013 in collaboration with famed producers Dan Korneff (Pierce The Veil, Crown The Empire) and Nick Sampson (Asking Alexandria, Born Of Osiris).

Head to Rock Sound today to check out Chasing Safety’s official music video for “This Is Hell.” The band’s sophomore album, NOMAD, will be released January 6th, 2017 with Outerloop Records. Pre-orders are available here and fans will get “Brand New Prison” instantly. Visit Outerloop.Group for more information.