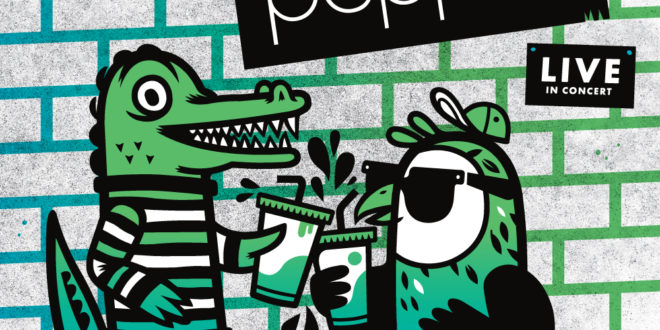 Alternative feel-good rock band PEPPER and ska luminaries LESS THAN JAKE have joined forces for a national co-headline tour. The 30-show outing will kick off on January 20th at Dallas’ Gas Monkey Live, head out to the West Coast, then make its way to the East Coast to conclude at Jannus Live in St. Petersburg, FL on February 28th. In addition, Pepper will be playing a handful of headline shows along the way (dates below).

Pepper’s groove machine Yesod Williams exclaims, “Less Than Jake is the gasoline to our burning blaze of fun!!! We are so filled with gratitude to be attacking the U.S. with some of the best humans to ever grace the bunks of a tour bus!!!” Less than Jake’s drummer Vinnie Fiorello adds, “Touring with Pepper means only one thing, having a great time. Guaranteed. Both bands bring a summertime energy that will help get through the winter.”

PEPPER Pre-Sale Bundle (20 per show):
– One General Admission Ticket
– Play a round of Mario Kart with the band
– Limited Edition Pepper T-Shirt
– Limited Edition Tour Poster
– Skullconut Pin*
*Receive 10% off at Pepper’s merch table for life. You must be wearing the pin to receive discount.