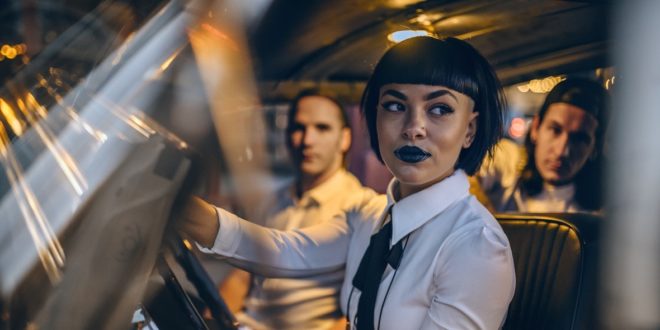 Alt-rock group VERIDIA has released a thrilling music video for their new single “Still Breathing”. The video was directed by Matt DeLisi, the director behind their previous video for “Pretty Lies” and filmed at a haunted house located in the band’s hometown of Nashville. The group is currently on tour with Evanescence and at work on an upcoming 2017 full-length.

“Still Breathing” shares the important message of dealing with fear, something frontwoman Deena Jakoub’s deals with on personal level and is portrayed in the music video.

“I don’t write because I have all the answers or because I want everyone to think I’m in this really good place,” says Jakoub. “In fact, I am struggling, I am still healing, I am human. ‘Still Breathing’ was written to say, I feel you, we’re all struggling through something, and though there are some things we may solely have to endure on our own, we don’t have to process it alone.

This song was birthed out of fear and grew into an anthem of strength and conquering for me. I have a chronic illness that takes fear to the next level, and when I am over-stressed, anxiety and panic chase me down no matter how fast I run. What I’ve recently learned and keeps me going, is to actually slow down and find something to be grateful for in that day, in that moment. When I wrote this song, my gratitude was literally focused on being alive, having been given a chance to breathe another breath into the day. Sometimes all you need is a shift in perspective.

Vulnerability can be painful, but I think it’s worth it if someone else can be empowered by what you’ve endured. I share because I hope that someone finds strength through what I’ve learned in my weakness. “

“Still Breathing” will be featured on the band’s new album, which they are currently in the studio recording and planning for a 2017 release. The single can be found on both Spotify and iTunes.

“Still Breathing” is the follow-up to their most recent No. 1 single, “Pretty Lies (feat. Matty Mullins),” which was in the top spot for six straight weeks and was Veridia’s second career No. 1 single. The song spent 27 weeks on the Billboard Charts while the album, 2015’s Pretty Lies, debuted in the Top 20 on the iTunes Alternative Albums Chart. 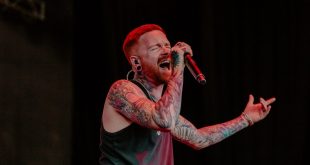