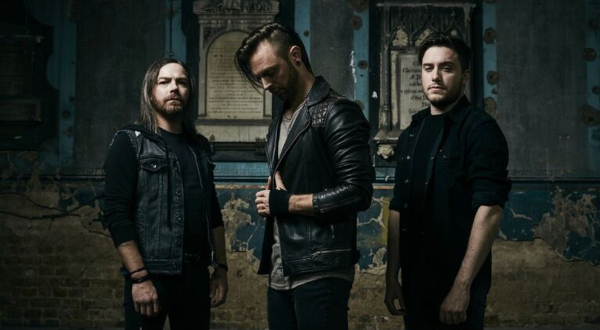 Bullet for My Valentine Release New Single: “Don’t Need You”

Hard rock/metal heavyweights Bullet For My Valentine have released their first single since signing to Search and Destroy/Spinefarm Records.

Titled “Don’t Need You” and produced and mixed by Colin Richardson and Carl Bown, this new offering serves as a sonic statement of intent as the band moves into a new phase of an ongoing and truly spectacular career; new label, new music, extensive touring… and a crown to defend.

Directed by Ville Jurrikkala (Nightwish, Michael Monroe), “Don’t Need You” has been launched with an accompanying video, depicting a wedding born of deceit.

“It’s heavy, it’s dark, it’s super-epic, it’s signature Bullet, and I think when people hear it they’ll lose their shit,” frontman Matt Tuck says about the song. “We love it, and I think it’s a hint of where the band is going next.”

Meanwhile, Bullet For My Valentine are preparing to embark on their EU/UK headline tour. The band will soon be starting work on a new studio album, their first for Search and Destroy/Spinefarm Records.

Tags bullet for my valentine Don't Need You Music Video