Displays Their Talents on “Notes to My Blood”

Norwood is an up-and-coming band on the rise from Queens, New York. Stemming from frontman and lead songwriter, Christopher Norwood, the group offers up a sublime record that is equally parts modern-folk, while tracing the lines of indie’s past. For listeners who dig bands like The Mountain Goats, we hear a band that has skillfully crafted an intriguing record throughout.
Notes To My Blood, is the name of the group’s most ambitious effort that was released this Summer. As of recent they have shared their new video for the critically acclaimed track, “Moonlight,” which sheds a whole new light into the band and their personalities.
Glorious tracks such as “I Never Told You,” and “Pretend,” carry the record through, as each song builds up interest, creating a storytelling and music-wise journey. Christopher Norwood also displays his skills as an impressive songwriter, as you can feel his emotion and mindset throughout each piece.
Notes To My Blood is a mature set of songs from the group, as it is covered in strong instrumentation, and thought-provoking (sometimes heavy) lyrics. Standing prominently apart from a number of records that was released by New York bands this year, Norwood gracefully pens track that will strike a chord with both your eardrums and your heart.

Stephen Vicino is the founder of MusicExistence.com. He created this site to give talented musicians a voice and a way to be discovered.
@@svicino
Previous Album Review. Jim Peterik: Songs
Next STARSET Return with “Monster” Out Now on Razor & Tie, Second Album ‘Vessels’ Due Out Jan 2017 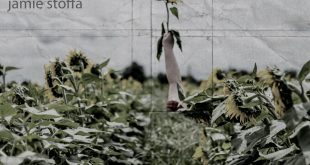 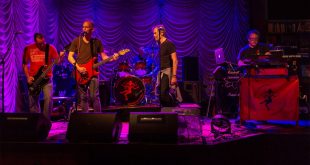