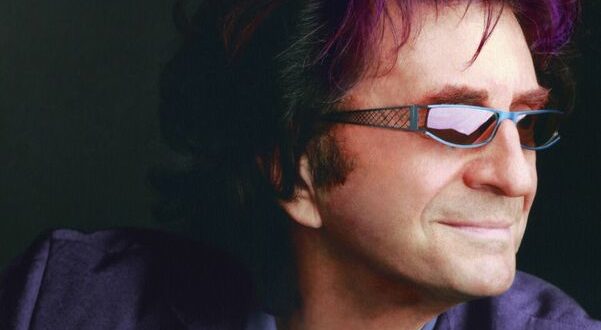 Jim Peterik is an accomplished musician who has written songs for The Beach Boys, Cheap Trick, and Lynryd Skynyrd just to name a few. As of late he has released an album simply entitled The Songs which takes the tunes he has worked on and reimagines them in a new way and the result is refreshing.

“The Search is Over Now,” which was a song by Survivor, is still a slow ballad but it is packaged up in a more quiet way. Much of that has to do with Peterik’s gentle vocal delivery and the use of an acoustic guitar and an added harmonica as the basic instrumentation. It is more low key and less power pop ballad that made the original famous and this stripped down version, while still pretty close to the original, has just enough changes in it to make it special and worthy of a redo. The message of the tune is still retained but it takes on a slightly different connotation, and to this reviewer is a better representation of the sadness and beauty that is portrayed in the lyrics of the track. In the original the yearning is evident but with such a powerful vocal performance it comes across as more hopeful, and in this restyling Peterik really plays up the sorrow in the lyrics bringing new life to the track.

The best known tune of Peterik’s career is probably “Eye of the Tiger” which was theme song of the film Rocky III. That version was very in your face, aggressive, and of course made lots of people still to this day want to get up and conquer the world. It was and is an anthem that spoke to many and is a very inspirational go out and get em’ song. The version that Peterik showcases here is less punchy and has a slightly country vibe to it. It makes you focus on the lyrics and pay attention to the story that is being told here in a more unassuming tone. No matter what reiteration the song is presented as it is still a classic in the music world and while one may miss the beat that is so linked with the tune and starts it off, one will be thrilled to hear it make an appearance at the end of the track with frantic strings behind it and it may be even more effective than the original. With this stripped down approach one can really appreciate the genius of the song and still be inspired it but in a different way.

The standout moment on the record is the slow burning reimagining of Ides of March, of which Peterik was a member, “Vehicle”. Another well known song that is remembered for its funky vibe, trades that feeling in for a hazy, sultry ambience and it works better than the original in this reviewers opinion. It has more of a spark and more of an impact with just a piano as its main instrumentation, minus all the flashy bells and whistles of the original and lets Peterik shine brightly, in fact this is his best vocal performance on the LP. The lyrics have more meaning in this scaled back version and the electric guitar solo is full of magic and energy that is like capturing lightning in a bottle. Some may have a hard time digesting this vastly different version but if one is able to be open about what they are about to hear they may find themselves blown away.

Whether or not one is familiar with the original versions of the song does play into how one may rate the album, and one would guess that most who pick up the album are those who are well versed in Peterik’s work and will be able to compare and contrast each track to their original counterparts. But even if one is only familiar with a few songs the album as a whole is still highly enjoyable and showcases how breathing new life into old songs can change the way one thinks about them.

retro music enthusiast. Dreamer. Kind of odd. Writer
@twitter.com/for_no_one1014
Previous Gallery: Every Time I Die at The Palladium in Worcester 11/2/16
Next Displays Their Talents on “Notes to My Blood”