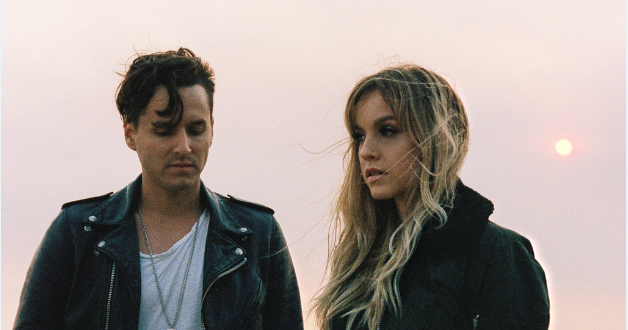 XYLØ Featured on NEW Track by THE CHAINSMOKERS

Three-time triple-platinum artist/producer duo The Chainsmokers‘ new ‘Collage EP’ bundle is officially available now via the above platforms. ‘Collage’ includes current single “Closer” ft. Halsey, which is the longest leading Billboard Hot 100 No. 1 of the year, plus a brand new track, “Setting Fires” ft. XYLØ. The bundle also features the duo’s hit song “Don’t Let Me Down” ft Daya, and previously released tracks “Inside Out” ft. Charlee and “All We Know” ft. Phoebe Ryan. Additionally, an exclusive ‘Collage’ white vinyl will be released via Urban Outfitters on Nov 25. Preorder the vinyl HERE.

Brother sister duo XYLØ, comprised of producer/drummer/songwriter Chase Duddy and his younger sister vocalist/songwriter Paige Duddy who broke out on the scene last year with the release of their debut track “America,” a hazy pop ballad about love and freedom that was featured in an online PacSun commercial starring Kendall and Kylie Jenner. The internet lit up in response and the track garnered over 1.6 million listens on Soundcloud, as well as reached #1 on Hypemachine. After the success of “America,” the band released three singles – “Between the Devil and the Deep Blue Sea,” “Afterlife,” and “L.A. Love Song” – with each one garnering millions of listens and contributing to the buzz around the band. At the end of 2015, XYLØ finally decided to sign a major label deal with Disruptor Records/Sony RAL.

XYLØ recently released their track “Gossip,” PRESS HERE to listen on iTunes + Apple Music. The instrumental version of the track was also featured in the recent Apple keynote for their new AirPods, PRESS HERE to watch. One of their tracks, the politically-charged and unapologetic track “Fool’s Paradise” amassed over 1 million streams, and was followed up with a video that premiered on Billboard, PRESS HERE to watch.

The duo is currently bringing their hypnotizing live show to cities across the U.S. with New Zealand’s indie electronic band The Naked and Famous, PRESS HERE for more info.

On Tour with THE NAKED AND FAMOUS TOUR 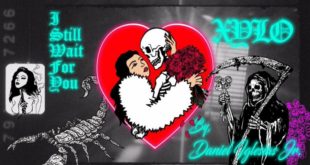 XYLØ Premieres Video For “I Still Wait For You”