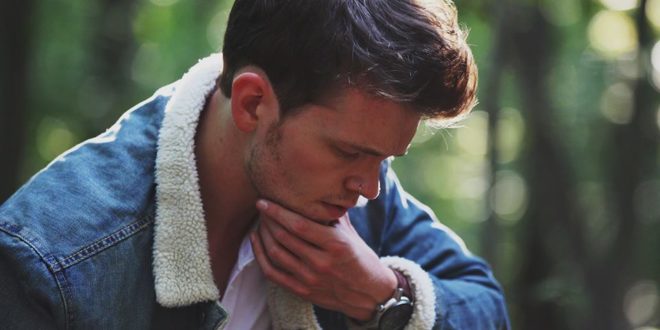 Pop-Country singer-songwriter Jesse Sheppard is thrilled to unleash his latest music video cover of Kelsea Ballerini’s smash, “Peter Pan” today via BUZZNET. Sheppard fell in love with Ballerini’s melody choices, the lyrics, instrumentals, and production and wanted to re-create the song to showcase a male reflecting on himself to make a better change. With newly crafted lyrics, the character Sheppard built within the song, realizes that he needs to turn himself around if he wants to be with the woman he loves. Paste Magazine exclaims, “Sheppard’s unique vocal ability and attentiveness to style, shine bright in this cover.” Fans can purchase Jesse Sheppard’s cover of “Peter Pan” now on iTunes and be on the lookout for new music coming soon!

While most 14-year-olds focus on their high school experiences, Jesse Sheppard was focusing on his musical career as the vocalist, lead guitarist, and main songwriter for Six Stories Told, a pop band from Walden, NY. Throughout his tenure with Six Stories Told, the band toured non-stop, playing over 300 live shows within a year’s time including international runs and opening for artists such as Jake Miller, Heffron Drive, Aaron Carter and The Spill Canvas. However, it was at the end of 2015 that Sheppard decided it was time to take his musical journey down a new path, this time as a solo artist.

Now at 20 years old, Sheppard has drawn inspiration from different aspects of his life, from growing up surrounded by music to his time spent with Six Stories Told. From a musical standpoint, Sheppard wanted to start anew by creating a sound which incorporated a melting pot of genres like country, rock, folk, pop, and even jazz. After several months of fine-tuning his sound, he honed in on a more country influence with a modern day pop/indie flair to create a sound that is both relatable and personal. He continues, “I had been newly drawn to country music because of an appreciation for the story telling and instrumentals aspects of the genre. Next thing I knew, it became the primary genre of music that I listened to, so my songwriting naturally started to develop a country influence.”

In the beginning of 2016 and after months of hard work, Sheppard turned his solo dream into a reality with his debut EP, These Days, produced by Rob Freeman at Audio Pilot Studios. The six-track EP discusses relatable topics including being in love, heartbreak, taking risks and living life to the fullest. Off the EP comes “These Days,” a song Sheppard wrote as a senior in high school about how quickly life passes by. He wrote the song as a simple reminder to look back at those memories and be happy that they happened. In addition, he partnered with his former bandmates, Tyler McDermott and Adam Peters to create a summery-tale entitled, “Cali Girl.” But it was “Bring The Rain” that would spark the most interest in both new and old fans with a song about proving people wrong with your actions. He continues, “I’m the type of person that when someone tells me that I can’t do something or that I’ll never succeed, I get an unshakable urge to prove them wrong. Too many people today dismiss other people’s dreams simply because they themselves never chased after their own. This is a song to help the people who are brave enough to take a risk and go after whatever dream they have in their heart.”

Blending elements of pop and country with rock, folk, and soul, Sheppard’s music adds the classy tones of Tim McGraw, with a soulful edge of Rascal Flatts, and a modern twist of Keith Urban, while adding indie classics like Ed Sheeran, James Bay, and Ben Rector to create an indie/country sound. Each song is carefully crafted and is filled with uplifting and positive narratives aiming to inspire listeners to enjoy life and the cards at hand. Sheppard expands, “In this life, we’re all going to face struggles and difficulties simply because that is a part of our journey. Many can let those parts of life get the best of them and make them want to give up. But I am trying to encourage people to learn from those difficulties and recognize their purpose.”

With a long-term goal to pursue music every day, while creating and maintaining strong bonds with fans, it’s safe to say Sheppard will continue creating music, grabbing inspiration from everywhere and anywhere he can.

To keep up with Jesse Sheppard Online:

For all media inquiries:
Jen@TheCatalystPublicityGroup.com 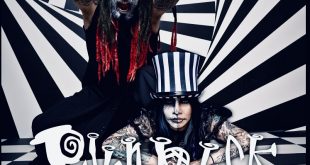