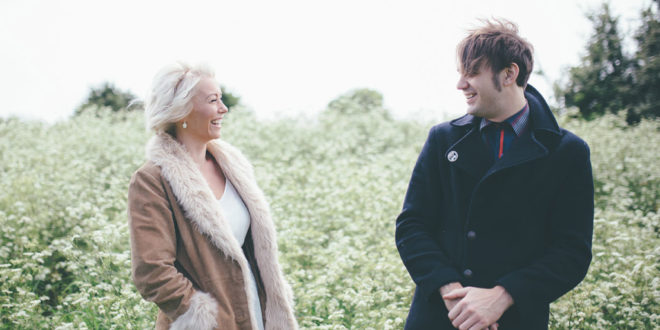 Both multi-instrumentalists, Jones, who is from England, plays almost all the instruments on the album including guitar, bass, piano, drums, bass harmonica, melodica, Hammond organ, ukulele, banjo and mandolin while Magee, who is from Ireland, plays guitar, bodhran, Irish whistles, flute and who’s style is deeply rooted in her Irish heritage.

Magee’s exposure to music came at an early age learning traditional Irish music and the flute.  She began playing in bars in Ireland with her sister and father and later received an honors degree in music, then became a music teacher in charge of the music department in a high school. But Magee’s fate changed in 2013 when she wowed Sharon Osborne, Nicole Scherzinger and the other judges on X Factor UK with her original song, “Any Minute Now” during her audition, making it through to the next round.  After her experience with X Factor and all of the attention she garnered from it, Magee moved to Kent, England where she began teaching again while moonlighting on the local music scene.  There she met Jones, who’s interest in music began around twelve years old through his father’s influence, playing him music from The Beatles, The Rolling Stones, and Neil Young.  After Magee opened up for Jones’ band, they found their chemistry undeniable and soon formed Beat Root Revival.  Word of mouth spread about their live performances so the duo decided to take a chance and see what musical adventures they could find in America.  In 2014, they traveled to Austin, TX to their first SXSW where they experienced massive culture shock and fell in love with Austin.  And if it wasn’t for the hospitality of a local taxi driver who was willing to show them some of the musical hotspots, they wouldn’t have made some valuable connections, one of which led to a big performance opening for Dale Watson.

The duo decided to stay in Austin where they continue to play in and around the local music scene.  They’ve played at such notable venues as The Bluebird Café, The Continental Club and The Basement in addition to making frequent trips to Nashville and other cities. With each show, their fan base continues to grow charming audiences with their impassioned music.  For all tour dates with The Brian Setzer Orchestra, please see below.