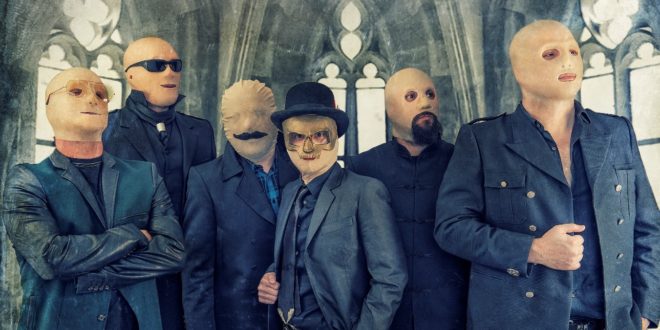 Just weeks away from the polarized presidential election in the U.S., the Mexican group A Band of Bitches releases ‘El Diablo Güero‘, a song that is part of the soundtrack of the movie ‘Desierto,’ whose main character is Gael García Bernal. The movie portrays the difficult journey of a group of undocumented persons who try to cross the border between Mexico and the U.S. in search of new opportunities. The track is also part of “Chingadazos Musicales Vol.2,” an EP the group released worldwide last September 30 via streaming platforms.

The movie, directed by Jonás Cuarón (co-screenwriter of ‘Gravity’), made its debut at the Toronto Festival last year where it won the FIPRESCI (International Federation of Cinematographic Press) award in the category of Special Presentations. In view of the current political reality, ‘Desierto’ will make its debut on October 14 in the U.S. and will be the movie that represents Mexico at the 2017 Oscars in the category of Foreign Language Film.

The presence of the group A Band of Bitches was an idea of the director, Jonás Cuarón, himself. When he saw the finished film with incidental music, he thought it would be important to include a song that audiences could better identify with. That was how he approached the group of masked individuals, but there was one condition: it was a race against time. “We had to write, record and mix [the song] in one day.” “It was a good exercise of working under pressure,” stated the musicians themselves.

‘El Diablo Güero’ is a collaboration of A Band of Bitches with Victoria Morales, songwriter, producer and CEO of Victoria Records, who is also part of the video that Carlos García shot at Cuatro Ciénagas, Coahuila. “It is a nature reserve with a gypsum desert. We chose that place because we believed it represented something that was consistent with the movie’s aesthetics. Also, it gave us the great pleasure of collaborating for the first time with Victoria, something we had been wanting to do for a long time,” confess the members of A Band of Bitches.

OK; and by the way: who is the “diablo güero”? Let’s have the Band of Bitches answer that question: “The diablo güero is the temptation of getting a new life, which, despite everybody’s belief, is usually always worse. The inspiration for this song comes from the false American dream. Any resemblance to any character in real life is pure coincidence.”