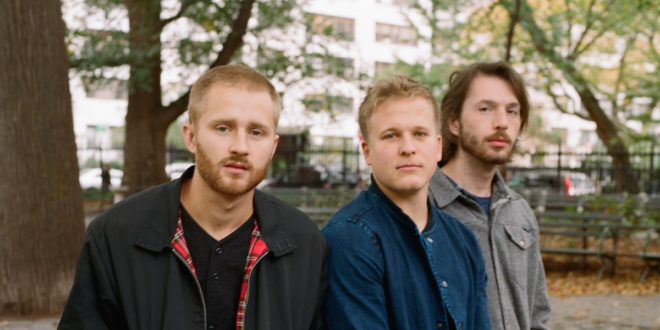 “Close Talker is the exalted indie rock trio from Saskatoon, Canada. Formed in 2012, the band has made great strides in a short period of time: two full-length releases, numerous tours throughout North America, Europe, and the UK, and international attention garnered from critically acclaimed blogs and publications. Spin Magazine writes, “Close Talker pair their rigid yet sanguine melodies with achingly euphoric lyricism,” while Q Magazine calls the band “one of their country’s most zesty exports.” Exclaim! described the live show as magnetic; “a nice balance of anthemic rock with soaring harmonies and spacey, melodic breakdowns.” In 2015 Close Talker received nominations for Sirius XM’s Emerging Artist of the Year, as well as Western Canadian Music Award’s Video of the Year, Independent Album of the Year, and Radio Starmaker’s Rock Recording of the year.

Close Talker is Will Quiring, Matthew Kopperud, and Chris Morien.”

Best link of all, listen to their new song, Afterthought, on Spotify now

ME: How did you guys meet?

Matt: We came together and kind of a unique context. A mutual friend of all of ours who is getting married really wanted a wedding band kind of like different worlds are you guys all play music you guys get together and make a wedding band so we did. And it was so much fun that we decided to play an open mic later and keep the good times going. Now there’s no turning back haha. It was a really fun wedding and we played a lot of covers. And the bass player that we had for number of years was actually in attendance at that wedding he was like dancing the hardest and we made friends with him quick.

ME: How did you arrive to your current style/sound?

Will: When we started the band, we came from different influences; like Chris is very learned in jazz and funk and blues, me as well. When we first met Matt he was very into folk and acoustic, instrumental finger-style. So bringing that all in and growing together we formed an identity as we went along. I think going from four to three people helped us form that identity more. It’s interesting, Matt is playing bass with his feet and each of us has unique role in the band. We also have an equal part in the creative music of our music. All those elements form what our sound is.

Chris: We’ve had a slow progression over the lifetime as a band so we took so much more time on this last record so we can really nail down and know where we want to direct the songs. With this new album, we’ve all said this that we’ve sort of found our identity as a band. The journey has been sort of a arch the first record we put out we’re literally the first eight songs we’ve ever written.

Matt: Musically, I mean we will always strive to grow. This record, we started to like own our craft and really play off of each other well. We write very much like call and response, someone will start something and then the other guys were just responded like whatever happens instinctually and then sometimes we overthink it further and try like hundreds of things and then most often come back to the very first thing we did. Then realizing it was perfect the first go.

ME: Your new single, “Afterthoughts” is out now. How does it feeling having new music out after a while?

Will: I think we all feel a sense of like relief to finally get something new out. It’s like the last single that we release of strange feeling yeah we recorded that actually when when we recorded our last album so you been sitting on that song from us two years before we release it so it’s nice to finally like this is like our newest material this is kind of what we’ve been working on now until I can get that and show people now is is a good feeling and that I think yes it’s nice to show show people like your best effort which I think this is.

ME: Is it more nerve wreaking the action of releasing art you’ve created into the world or seeing the reactions?

Matt: We talk about this a lot. We actually had a 35 hour drive from Saskatoon to New York so talk a lot and we’re very close and there is a deep appreciation for each other. I would say we are all very much at peace with the new record. We know it’s our best foot forward. It has our stronger songs on it, we very much hope that other people see it as our best efforts and our strongest songs as well. Kind of left it all on the field, sort of cheesy sports analogy for you haha.

Chris: There’s like a bit of not anxiety of like getting it out, it’s more of you just get a bit anxious when you work on the songs for months and then we record them and then next you master them then we overthink that then we write another song. It’s just been a long process for this record and I think that for me whether if it’s anxiety, it comes from finishing something and then having to wait on it because you really want to show it to everyone and give it the best chance you can get. Right now, we’re hitting the season of releasing new music so it’s really exciting.

Matt: We really do sincerely hope that people do like the new music and come on board and hope they connect with it.

ME: Is there a specific message you want listeners to obtain from your music?

Matt: This album is about growth as individuals and as friends I guess. Will and I got married, not together but we got married to now our wives.

ME: I guess you spend so much time with your band mates, it’s like you guys are married to each other.

Will: I mean the new song is definitely representative of a snapshot a two month period where we had been overthinking everything. We weren’t certain about some songs. We had come back from SXSW kind of like feeling a lot of emotions I think and we we were on that it was kind of the first time in our band where we had been out of cycle because this is kind of my first record where we said we are on the label, we had PR people and agents and etc. To feel all of the highs of all that and releasing the previous record to then coming down from that and overtime for year being that and feeling those emotions. I got married during that time as well so I guess those growing pains are woven in the lyrics of the song.

ME: What makes the Canadian music scene unique and separate from all the others?

Chris: Everyone is vey close, pretty much within 1° off of the majority of people in the music industry are there so there’s a lot of support for each other especially our hometown of Saskatoon. Saskatoon has different cool things going on and a great community and I see the same people at every show because they’re just so supportive of music in general. It’s not a competition or anything. Everyone is there to enjoy the music and an experience.

Will: I say that also in general I find that, Canadian music and bands I feel like the goal is never really to get ahead or famous or do something to get attention. It’s not about going in to fitting a certain trend to gain success. I think people are genuinely, like for the most part, doing it because they love music and like they want to write songs a certain way because it interests them and not necessarily to the interest of others.

Matt: I would agree that, it’s not necessarily like a formula like,” ok,here’s the verse, hit them with the chorus here’s the hook”. It’s way more authentic here. Like Chris said, there’s such a camaraderie and support and like everyone is your friend until proven otherwise, as opposed to the opposite. I noticed other industries or even other music industries it can seem a little more hostile whereas the Canadian music seems like the friendliest nicest people ever. There’s such a spirit of rallying together and taking part in something special.

ME: Your band name can often get reference to the scene and Seinfeld. What is your favorite TV show?

Will: We are all so into TV. There’ll be band practices where we recommend tv shows to one another and then we’ll talk about them for like thirty minutes. I really like the show Atlanta, it’s with actor Donald Glover. It’s really good. I watched Stranger Things.

Chris: Will has been also watching one of my favorite shows, Arrested Development.

Will: I just started it and it’s hilarious.

Matt: I don’t own a television but my wife and I have a laptop and she built like this apparatus that we can like roll our laptop over the bed. I don’t know how to explain it. She built this thing on wheels, it has speakers and a fan and it’s amazing. I also love all the shows they mentioned and I love Seinfeld, my family has the whole complete DVD set.

ME: Going back to the music. What’s your favorite lyric you’ve written?

Matt: There is this one line I love and it rhymes and anything that rhymes just makes me really happy. The line goes, “I’m preaching to myself again and letting you listen in”. That lyric is very meaningful to me. I’m a youth pastor and I’m very in tune with my hypocrisy so anytime I’m preaching or saying something that I firmly believe it I’m really just like preaching to myself because I’m in the need of most saving in so many respects. I guess were all just trying to better ourselves.

Will: We have a new song that will be coming out called “Hold up rewind”, very end of the line it goes, “hold up rewind, try this another time, forget what you just said bring back the good times”. That song is about me moving from Vancouver, I left after high school, going back and forth from there and Saskatoon. Overall, it’s about my relationship with Saskatoon and the times of the place and myself and adapting to those changes.

Chris: My favorite lyric is, “we’re headed out again oh man I’m already tired”. This song is about how we’ve kind of grown together more like siblings and what I find is that when we are in a sticky or not the funniest situation we make the most out of it because we’re together. 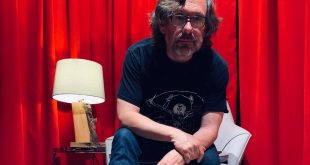