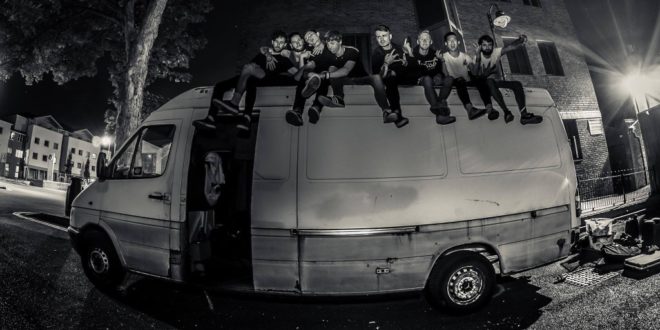 Manchester born alt-rockers TIRADE are pleased to reveal the new video for their next single ‘We’re Having Fun’, taken from their forthcoming self-titled EP. The single has already been championed by Kerrang Radio’s Alex Baker on his Fresh Blood Show, as well as Charlie Ashcroft on his Audition Show on Amazing Radio.

“We chose ‘We’re Having Fun’ as our next single as we feel it is an equal mix of all the things we do with our music, a bit poppy, a bit heavy and a bit weird. We hope you enjoy it!”

The video premiered with UPSET magazine last week and you can check it out here below..

For fans of Lower Than Atlantis and Press To Meco, bands that love to write brilliantly catchy music, TIRADE aspire to be put within the same accolade of first-rate British rock music with this self titled EP.

TIRADE”s new single ‘We’re Having Fun’ is out now. TIRADE’s self-titled EP is self released on the 25th November 2016. Pre-Order it here.

Alex Julia, is a NJ based singer-songwriter, having just released her debut Alt Rock EP …