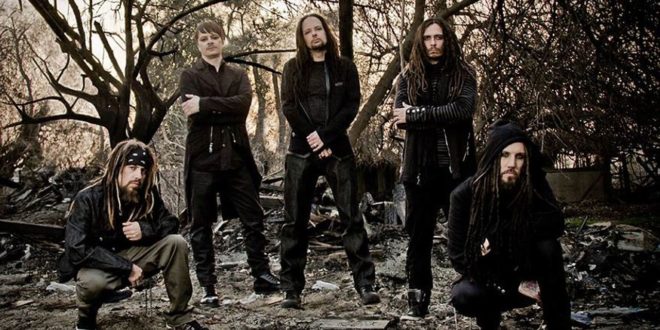 KORN Reveal Video for “Take Me” From ‘The Serenity of Suffering’

Multi-platinum 2x Grammy Award-winning band KORN has revealed the video for “Take Me,” the latest track off of their #1 iTunes Rock and Metal album THE SERENITY OF SUFFERING (out now on Roadrunner Records). Inspired by old country tunes as well as Brad Paisley’s “Alcohol,” the track is about beating addiction but from the point of view of the substance.  Its video can now be seen here:

Produced by Nick Raskulinecz (Foo Fighters, Deftones, Mastodon), THE SERENITY OF SUFFERING was heralded by Ashley Zlatopolsky of The Observer(10/21/16) as “…the band’s most intense release in a decade.” It’s highlighted by a return to a dual-guitar dynamic and some of front man Jonathan Davis‘ most inspired moments of self-reflection and expression. It finds KORN-who is also James “Munky” Shaffer (guitar), Reginald “Fieldy” Arvizu (bass), Brian “Head” Welch (guitar) and Ray Luzier (drums)–harnessing all the anger, power and trademark balance of darkness and light that made their name all those years ago.

“It’s the heaviest album they’ve released in a good, long while…,” says Joe Hemmerling of Consequence of Sound (10/21/16), “…with Davis’ growls approaching death metal intensity on songs like ‘Insane.’ The band seems to be making a concerted effort to incorporate sonic references that were once key touchstones to their sound, like the demonic scatting on ‘Rotting in Vain.’ Fieldy’s thick, watery bass lines on ‘The Hating’ and ‘When You’re Not There’ are familiar elements folded into the slicker, denser sound they’ve evolved over the years….Smuggling Slipknot’s Corey Taylor into single ‘A Different World’ adds a comforting harshness into the proceedings as well, providing a long-sought meeting between two of nu metal’s most dominant architects.”