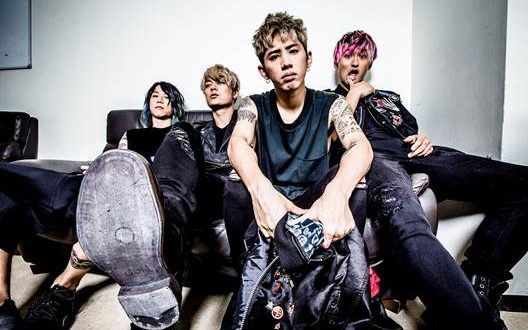 Fueled By Ramen group ONE OK ROCK has revealed their new official video for their single “Taking Off.” Produced and directed by Sitcom Soldiers, the video is streaming now on Fueled By Ramen’s Official YouTube Channel. “Taking Off”arrives after the recent announcement of the widely acclaimed Japanese rock band’s signing to Fueled By Ramen.  The landmark deal will see ONE OK ROCK releasing their as-yet-untitled new album at the top of 2017.

One of Japan’s most revered rock bands, ONE OK ROCK is comprised of vocalist Taka, guitarist Toru, drummer Tomoya, and bassist Ryota. Together they have released seven albums in Japan, the last four of which have all debuted Top 5, including their latest album 35xxxv, which debuted at No. 1. ONE OK ROCK released the U.S. Deluxe Edition of 35xxxv last year, marking the group’s first U.S. release and first album to feature all English language vocals. 35xxxv was highlighted by the hit single “Mighty Long Fall,” the official music video for which has received over 33 Million views on the band’s official YouTube channel.

Known for their thrilling live shows, ONE OK ROCK recently performed two massive performances at Nagisaen in Shizuoka, Japan which saw the band play to 110,000 fans over the course of two days.  No strangers to the road, ONE OK ROCK have toured extensively in the U.S. alongside acts such as All Time Low, Sleeping with Sirens, Issues and most recently 5 Seconds of Summer.  Additionally, ONE OK ROCK have made numerous main stage appearances at various rock festivals in Europe, South America, Australia, and the U.S., including the Vans Warped Tour.