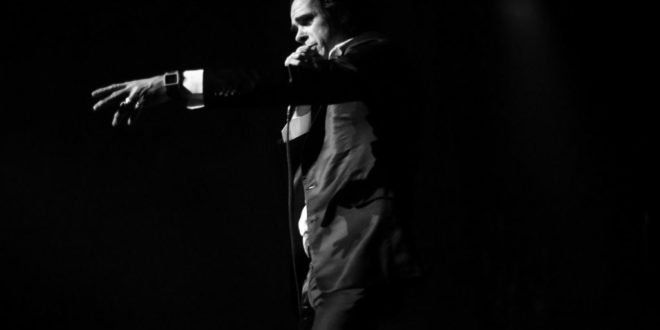 Nick Cave & The Bad Seeds‘ newly announced North American tour will kick off at the Kings Theatre in Brooklyn, NY on May 26, 2017. The 19-date tour will make its way across the continent and will conclude June 29 at Los Angeles’ historic Greek Theatre.

September saw the release of Nick Cave & The Bad Seeds’ 16th studio album ‘Skeleton Tree’ and the companion film ‘One More Time With Feeling’ directed by Andrew Dominik. The theatrical success of the film was such that a second run is now confirmed nationwide starting December 1 (Tickets available for purchase at nickcave.com). ‘Skeleton Tree’ topped the chart across the globe and achieved the bands highest US chart position to date. Songs from the album will be brought to life for live audiences alongside other Nick Cave & The Bad Seeds classics and deep cuts.

The touring line up is as follows:

Tickets will be on sale at 10am Local Time on Friday, October 28th

More info on all tour dates can be found on nickcave.com