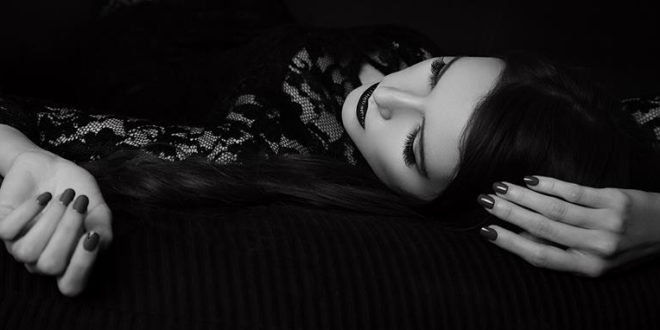 Singer/songwriter Giselle is thrilled to announce that she will be hosting a benefit event for ALZ New Jersey, an organization committed to helping individuals and families that are impacted by Alzheimer’s and dementia in New Jersey. The event, which is in honor of her grandmother, will take place at Raval JC in Jersey City on Thursday, October 27th. Tickets cost $25 and include a free drink ticket and $20 donation to the ALZ New Jersey. For more information or to purchase tickets, please visit go here.

On the upcoming event, Giselle shares: “I hope to raise awareness and funding for this terrible
disease that literally takes your loved ones away from you while they are still on earth. I want it to be a tribute to my beautiful abuela, Elena Fleitas Cañaveral. It seems like something that is so far away, but soon 1 in 2 people will either have the disease or be taking care of someone with it and that is not okay.”

About Giselle:
Giselle was born in Miami, FL to Cuban immigrants. Her family’s taste in predominantly Latin music, jazz, & oldies, combined with her own love of classical music and pop culture inspired her music evolution.

Giselle became immersed with music, taking private lessons in voice and various instruments. A
voice teacher gave Giselle her first ticket to the opera Tosca, which fueled her passion to pursue operatic training and ultimately led to her pursuit of a vocal performance degree at a conservatory Miami, FL. Feeling caged in by the academic environment, Giselle packed her bags and moved to New York City.

Her vocal style evolved as she began charting new territories as a songwriter. After a chance meeting with producer and audio engineer Adam Tilzer, the duo began working together on Gislle’s debut EP, Change Me.

Tilzer is also the engineer for the Emmy award winning FX comedy “Louie.” On the first day of
recording the music for season 5, he overheard Louis C.K. ask for an opera singer. Giselle received a phone call from Adam to be at Avatar Studios. Afterwards, she was asked to come back to collaborate with Sweetpro to sing and write an array of genres on 5 episodes of season 5.
After that, Giselle narrowed her focus to songwriting and assisting Tilzer with the production of her EP in order to bring her creative vision to life. Change Me combines her confidence and emotional intellect with her diverse abilities as a vocalist. The release of Change Me is a rebuff to all the attempts to alter her as an artist and an illustration of her evolution as a person and musician.