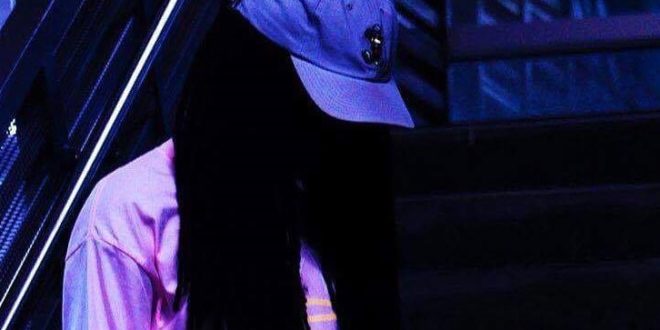 Shvkxir is an artist from Dallas, Texas who doesn’t play by the rules when it comes to his style or his music. He just released his newest single, “BVD GIRL” and is excited to share it with the world before he drops his next full project, shvk.wav. Take a listen to the grimy, energetic track below and purchase on iTunes–if you dig it, check out the interview I did with him about his process and personal life:

My writing process has slowed down a lot in recent months and years, a lot for the better i believe. I will shuffle thru 20-30 beats, maybe more and see what melodies i hear off instinct. After that it will come pretty quickly, for example i wrote Bvd Girl at work, all in sharpie in a matter of 30 minutes.

Do you think the internet is helping new artists get exposure more easily or burying actual talent with over-saturation?

I believe its about 50/50. I think the internet is great for breaking a fan base outside of your own city/state. Unfortunately, with cell phones and social media and easier access to put things out it becomes VERY over-saturated and hard for people to know what to listen to and what to avoid. Creativity isn’t a common thing in my opinion and a lot of what you can find is just carbon copies of whats hot at the moment.

What’s up with all the v’s and x’s in your name/song titles?

The funniest thing about my name is its all derived from 2 things,  MOSTLY from my twitter but also the alternative style hip-hop that I do. I initially rapped under my real name, Shakeir, but that handle was taken on twitter so i flipped it to a v. Then I ended up losing that twitter and the trail of creating new twitter’s, getting suspended cause people thought it was a fake page led me to an x. I ended up liking it and sticking with it and made it my thing.

How has Dallas influenced the sound of your music?

Dallas had influenced my style cause its made me slow down how i rap. I had dropped an album back in the day all Boom-bap style rap, during that process I had started working on an album more alternative and closer to my style now. As I took a hiatus, i started to indulge in slower style rap and focus more on the actual making good songs, and focus less on “real hip-hop” and spitting bars. The actual key to this was hearing a 2 pistols verse on my way home from work on day, liking it, and then working on doing things like that.

Actually no. Ironically I dont listen to a lot of rap. If i had to choose a region, probably Atlanta, I enjoy what they’re doing sonically currently but I’m sure that will change soon.

Just from listening your stuff, I notice a lot of nods to people like Kanye and Kendrick….do you have a top 5?

There’s so many top 5’s I have. CURRENT top 5 if you get into the car with Shvkxir right now? You’d hear Kanye West, Travis Scott, Tory Lanez, Chance The Rapper, and lets say maybe Young Thug to keep it 100% rap.

Where do you want to be a year from today?

A year from now, I want to be known as a major player in a lot of aspects, from rapping to my other interest in the film industry.

Rappers hate when you compare their voice/flow to another–so sorry in advance–but your voice is reminiscent of J Cole at times, do you get that a lot?

The funny thing is i get that so often now, It doesn’t phase me. I think as i get older my voice starts to have some of his inflections, because when I first started rapping I didn’t get that at all. I’m still trying to figure that out.

Do you think it’s an obstacle to be compared to someone else, musically?

Yes, highly, in reference to how my voice sounds like J. Cole at times, I don’t think it’s much of a problem for me because my style is extremely different from his. If i was still doing the style of music i was 2 years ago, I think it would hinder me a lot.

Think about your ideal playlist right now, list some songs that would be on it:

Sex With Me, Woo – Rihanna

Whats next for you?

I plan on starting a major brand here in 2017 and that’s a lot of what I’ve been working on. Musically though, will be dropping a project undecided on the length, but the title will be, shvk.wav.