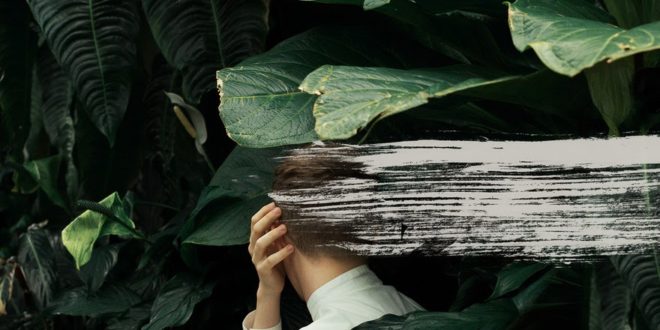 The man behind From Indian Lakes Everything Feels Better Now is Joey Vannucchi and one can tell after one solid listen of the album that Vannucchi put a lot of thought and love into his latest creation.

“Happy Machines” starts the LP off on the right note and contains the album title in its lyrics which ties everything together right away. It’s soft like a whisper, especially Vannuchhi’s voice, and is the epitome of lo-fi music. The type of song that you want to just hit play, close your eyes, and let your mind relax. This is what Vannucchi excels at, creating a lush sound that puts mood and ambience in front of all other aspects of a tune. There is an electronic aspect to the track in its instrumentation and it is this contrast between the quiet vocals and the more commanding music that really sets this song apart and gives it an interesting texture. Everything blends together in a perfect concoction which produces the best song on the entire album. But even though Vannucchi hits it out of the park right from the first song that doesn’t mean the rest of the LP is less of a success.

Towards the end of the record “Sunlight” makes itself known in an almost frantic manner melding electronic sound with a more organic feeling. The lyrics are hard to decipher, but that is part of From Indian Lakes charm. It almost doesn’t matter what Vannucchi is saying because the music in itself tells its own story. From what could be made out, the track contains the lyric “I wanna be the dream that you see at night” and if that is the only words that one can clearly hear it’s really all one needs because the tone of the song has already been set. One could argue that “Sunlight” sounds like many of the other tracks on the record, but that is why it all flows together so nicely. It’s not catchy like “Happy Machine” but it is still memorable.

“Lose Myself” utilizes an acoustic guitar and crashing percussion to deliver a mighty track that one will find themselves drawn to. The chorus is a pure delight and is chill inducing, and it’s the chorus that sets this particular track apart from other songs on the album. It’s spellbinding, transfixing listeners, and catchy in a way that is gripping and powerful, lush and full of emotion without losing any of From Indian Lakes signature sound. The verses are not as intoxicating but it doesn’t matter, the fact that the lyrics are easier to hear make up for any small part lacking in this track. It’s the type of song that will become lodged in ones head and sets listeners up for an escape from reality, the haziness and mood of the track all working together to form one of the best songs on the album, one that really sticks out and will leave a lasting impression on its audiences. One can’t help but commend Vannucchi for creating a song that speaks right to the heart, latching itself onto listeners and never letting go.

As said before Everything Feels Better Now from start to finish flows easily, guiding the audience to the many ups and downs that Vannucchi wants his listeners to feel. Not every song is a smash hit, “Monster” doesn’t have much of a melody and sometimes the tracks blend in too well with each other making them hard to distinguish and truly appreciate, but overall it’s a piece of art that is well worth repeated listens.