Home / News / Learn to ‘Touch The Decks’ this weekend in London 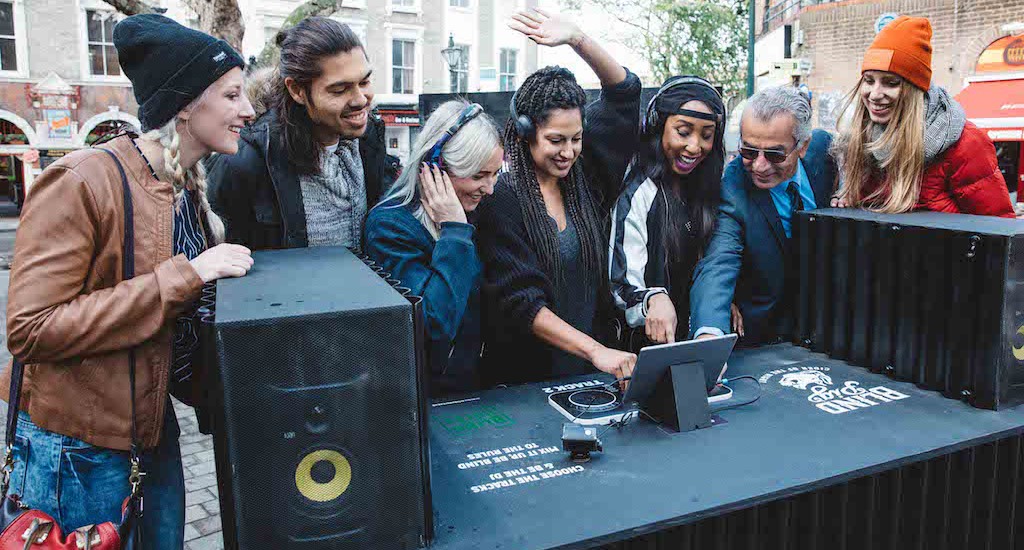 Learn to ‘Touch The Decks’ this weekend in London

Music – it’s both an instrument of incredible creativity and expression, and an intricate web of rules and guidelines. Over the years there have been many efforts to break free of stereotypes, ranging from hosting morning raves to teaching classical music to a modern audience… but so far one piece of musical equipment has remained exclusive, even sacrosanct: the DJ decks. That’s all about to change this week, as a new free pop-up in London’s Portobello Road is offering anyone who fancies a go the chance to try out DJ-ing on professional quality decks.

Blind Pig Cider are bringing people together with music with an aim to blur the rules of musical genres and stereotypes by re-creating the ‘Play Me I’m Yours’ pianos that were dotted around London with DJ decks. As DJ-ing is the most exclusive form of music, with most unable to talk to the DJ, request a song and touch the equipment, we will be opening this up for Londoners by encouraging passers-by to have a bit of fun on the decks and try their hand at mixing.

The decks are launching for three days (12th-14th October) on Portobello Road with The Glitter Beats on hand to teach people to DJ on Wednesday and DJ David Baiger Thursday-Friday. DJ decks design attached. Also, this Saturday, there will be a secret Blind Pig gig in partnership with Mixcloud in East London, headlined by Paul Woolford.