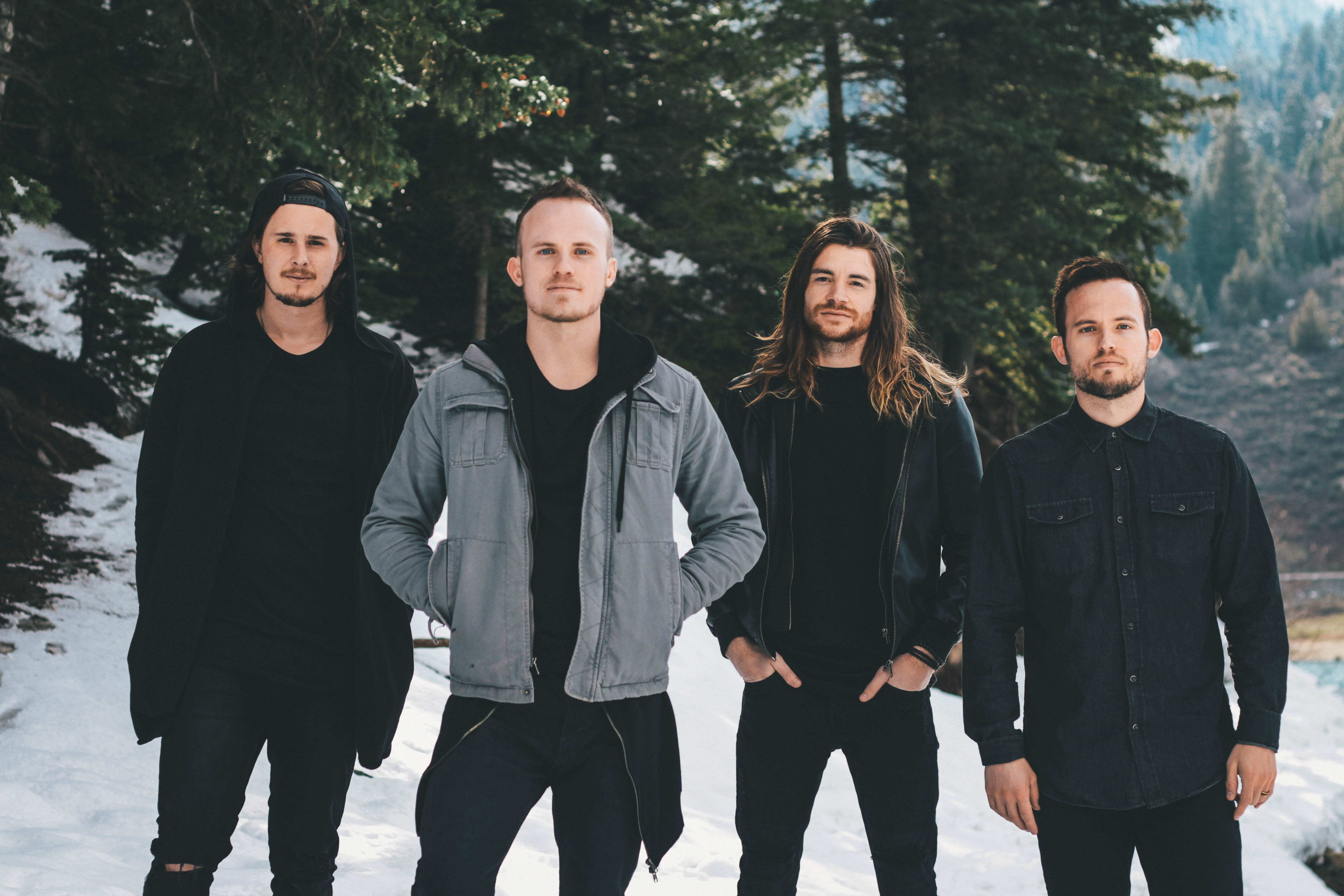 Yesterday, Orem, Utah’s Foreign Figures began their Force of Nature Tour in support of their debut album, Paradigm. The tour resumes October 21, continuing along southern and Midwestern soil before wrapping with a hometown show. I had the pleasure of corresponding with the band’s bassist, Seth Dunshee, who provided ample insight on the band’s career progression. Ultimately, three factors proved instrumental to the band’s success: dedication, a solid fan base, and above all, faith.

ME: During your formation, what elements (musical influences or otherwise) were crucial in defining your sound?

Seth: Aside from the normal ‘rock band’ instruments, we all wanted to be able to use a lot of instruments, specifically percussion from different parts of the country, which we have incorporated subtly into some songs. We all are inspired by different musicians, but as a band, we are big fans of Coldplay and Imagine Dragons.

ME: A relatively short time after forming, opportunities had blown up for you in the biggest way. Your first release alone generated international buzz and even a few licensing deals. Was the transition initially overwhelming?

Seth: It was definitely surprising. The international downloads seemed to come out of nowhere because we hadn’t ever done marketing outside the US. But our YouTube channel has led to a lot of fans worldwide. And it’s very surreal to hear and see your music on national TV. It’s definitely a stepping stone toward where we want to go.

ME: Could you attribute this success to having built a solid local fan base beforehand, both by word of mouth and solid live performances?

Seth: Absolutely, especially live performances. We want to be known as a ‘live band’ who gives you an energetic performance with tons of memorable moments. We’d like to think that our live show plays a role in some of the successes we’ve experienced within the industry.

ME: When transitioning into the studio, does the band make an effort to capture as much a live dynamic as possible?

Seth: Oh yeah. We want to be able to have creative freedom for production while in the studio, so we try to keep open minds, so we for sure want to have our live sound and the sound you hear on the CD be cohesive. We think it’s important that when you go to see a band you like, it sound just as good or better live than on the CD.

ME: Let’s talk a bit about your most recent album, Paradigm. Did these songs intend to thematically expand on Come Alive, or had you thought of starting with a clean slate?

Seth: We think of it as a clean slate. Come Alive came together so fast and with very little strategy or branding. The lyrics from song to song didn’t convey a common message per se, but in Paradigm, we tried everything together quite a bit more. Paradigm speaks to our battle of belief as we decided to make Foreign Figures our only and full-time job.

ME: The way I see it, both releases focus on reaching the top while maintaining humility in the process. Had the efficacy of faith helped you in further realizing this goal?

Seth: Totally. Faith plays a large role in how we live personally as well as how we operate as a band. We like to live life with the glass half full. Life is tough, and you gotta have a higher vision and hope for a better future to get through it.

ME: Overall, how has the band’s chemistry matured as a result of this album?

Seth: We’ve grown so much more than we thought we ever could (laughs)! We talk about being married to one another because we are always together. But seriously, we have become very close friends. This makes a difference in our music.

ME: Most recently, your Force of Nature tour has just begun. What kinds of ideas went through your mind as this tour was being put together?

Seth: Besides the logistical work behind putting a tour together, we wanted to make sure the tour was centered on the new music video for Force of Nature. We are very excited to hit the road.

ME: The ultimate date is right in Orem, where it all began. Is this, in essence, your sincerest means of thanking your homegrown fan base for their support?

Seth: We hope so. It’s gonna be one of the biggest shows, if not the biggest, that we have played to a local crowd, and we want to make sure the crowd gets more than their money’s worth at the show.

ME: Before, during, or after the tour, are there plans for new material to be released?

Seth: After; looking at sometime next year for a new EP.

ME: Lastly, anything you’d like to say to those fans, both local and worldwide?

Seth: Thank you for allowing us to do what we do. You’re the best!

Check out the music video for the title track, “Paradigm”!

I come from a family who is passionate about all things music. I learned to sing at an early age, and by 13, had my very own Fender Strat guitar. I tried my hardest at learning all that I could. Because I was born with cerebral palsy, I had to teach myself an adaptive playing style. I learned to write and record my own music, despite these difficulties. In college, I started making great use of my writing abilities by reviewing music, as well as copy editing. I guess it's best to stick with what you know, while welcoming a fair challenge at the same time.
Previous Stone Soul
Next Gallery: DevilDriver at Ozzfest meets Knotfest, 09.24.2016, San Manuel Amphitheater & Festival Grounds, San Bernardino, CA