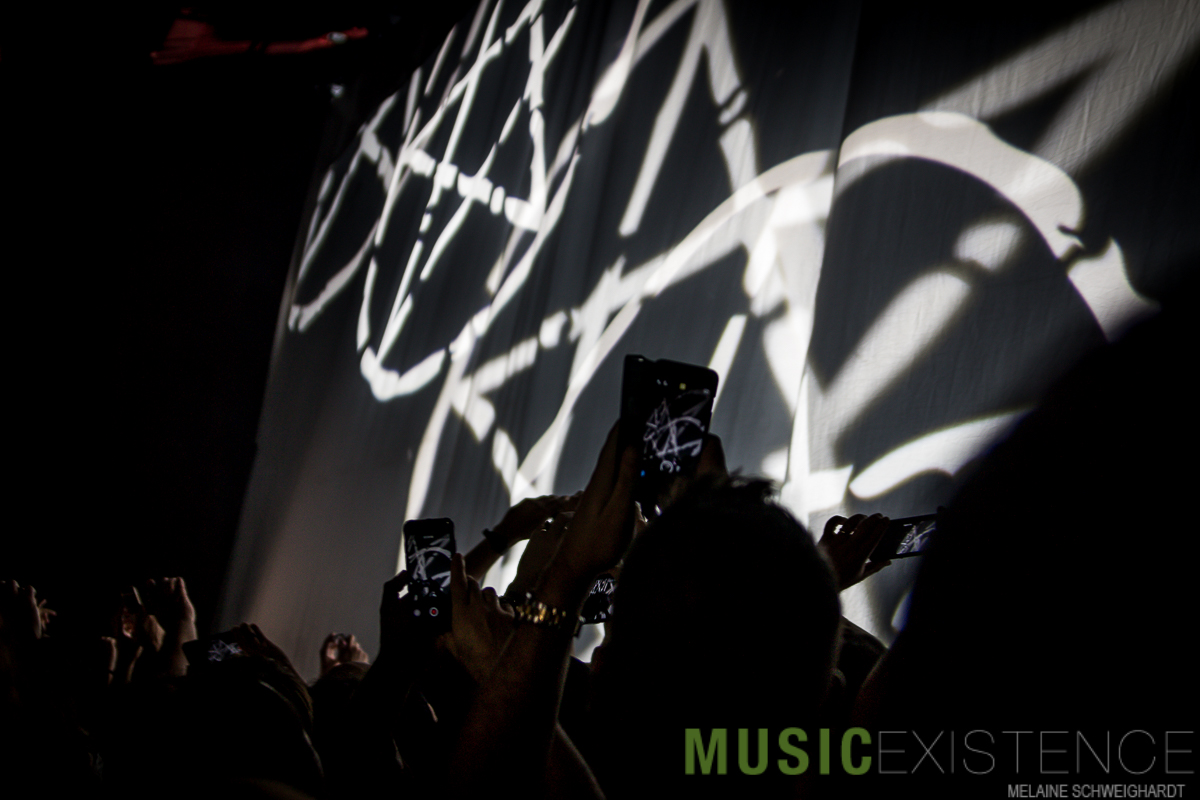 I have been waiting for this show to come for months. Two powerhouse bands playing in one quaint venue, it was hardly believable. A little background; Anthrax has been around since 1981. The band consists of Scott Ian, Joey Belladonna, Frank Bello, Jonathan Donais, and Charlie Benante.  Anthrax has 11 studio albums, toured the world and is considered one of the top 4 Thrash Metal Bands. I have seen them before, but not with Slayer. The venue was packed with an even mix of Anthrax and Slayer fans. This was an older crowd, you saw some 20 somethings, but this crowd has been around for a while. They opened the show with “You Gotta Believe” and the movement started. Let me tell you, they played straight up no frills. It was just Thrash at its best. They made a lot of fans happy. When “Monsters at the end” started, Joey connected with the fans; he was throwing out picks, pointing and making connections with the front row.  As a fan, it was a nice touch. Then back into what they do best, tearing your faces off!  When “Antisocial” came on, that one just got everyone singing along. We were all one huge crowd doing the same thing. It was incredible. They ended their set with “Evil Twin” and “Fight ‘Em ‘Til You Can’t”. It felt as it went by so fast, but it was an incredible set. They looked good and sounded even better.

Slayer has been around since 1981, and is another band in the Top 4 of Thrash Metal. Slayer is Tom Araya, Kerry King, Paul Bostaph, and Gary Holt. They have 12 studio albums under their belt and the fans in this venue were all waiting for them to start.  The show started with a white backdrop that covered the stage. They played some video footage and then some Slayer logos.  When it dropped the background of the stage looked like something out of Dante’s Inferno. It was amazing. They opened with “Repentless,” “Chemical Warfare,” and “Disciple.” The crowd was ready for it. Song after song, it just was heavy and fast. Watching Kerry King on the guitar was nerve-wracking, he’s just so good. Tom Araya looks like a beastly wizard on stage. I waited and then I heard the opening riffs for “Mandatory Suicide.” The crowd was waiting for it as well and the place went crazy. Song after song and the energy never died. They just killed it, they play so effortlessly. Now the Fillmore is an older venue, so when “Raining Blood” played, I thought it might just fall apart. They ended with Black Magic and Angel of Death. I have seen Slayer a few times, but this show was just straight up in your face Thrash at its best.  The show was incredible, the best I’ve seen in a long time. I talked to a lot of people and they agreed it was just a great production.

Please see the galleries for photos from this show.

Metal!!! I am never without a camera, I am never without music, I can not live without coffee... I cook, I manage a band (shameless plug Modern Day Outlaw), I shoot people with my camera, and I drink tequila and whiskey... That's me in a nutshell! Follow me on Facebook, Twitter, and Instagram.
@@Melly1172
Previous Gallery: Slayer at The Fillmore Miami Beach at the Jackie Gleason Theater, Miami FL 09.28.16
Next Ry Mohon – Ry2k