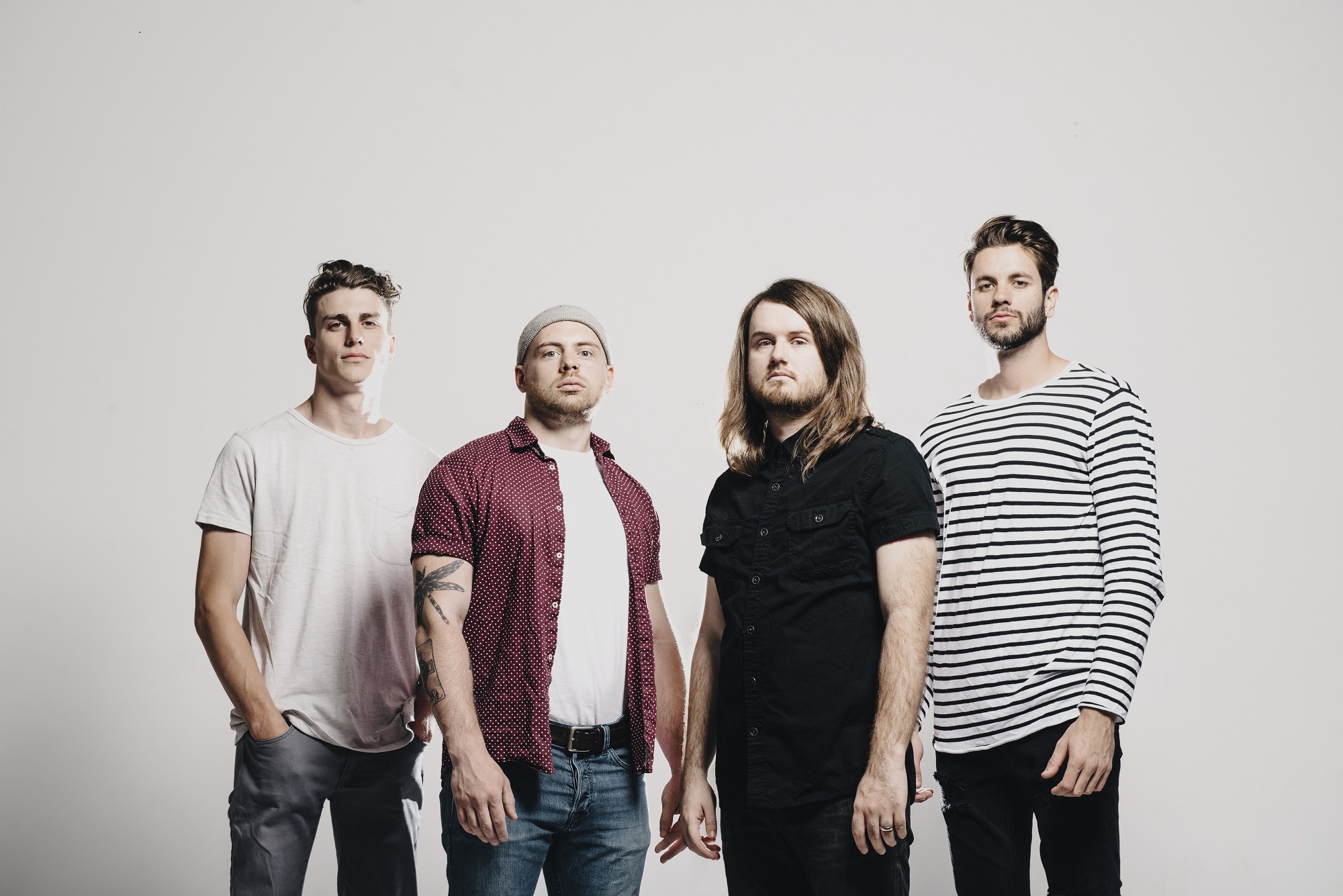 Fit For a King’s latest release, Deathgrip, is quite a morbid album. Each song deals with a particular story or aspect surrounding death or dying. The concept is certainly eye-catching, and one that I was keen to look into.

The idea for this record was inspired by a time of emotional turmoil for the band. They were playing shows in Europe at the time of the Paris attacks in November 2015, and were themselves due to play a show in the capital city in the days following the incidents.

These horrific events spurred the band to look into the emotional and physical effects of loss, and these songs consider both their own experiences, as well as those of family, friends, and fans willing to share their stories with Fit For a King.

The resulting album is an experience to say the least. It is loaded with passion for the causes they are portraying in each song.

“Pissed Off,” the first single from Deathgrip, is specifically about the band’s experiences and is directly inspired by the European attacks. It’s angry and dark, as you’d expect considering its origins. The band clearly used this song in particular as an outlet for their reaction to the attacks, and I can only hope the experience was somewhat cathartic.

Every story and experience is given the same level of attention. The tone for each song compliments the content.

Some songs have softer interludes to mirror the process of emotions. For example, in “Cold Room,” the chorus offers a break from the pain to allow for perhaps acceptance of the physical loss.

In contrast, “Dead Memory” is unrelenting in its anger. This song deals intimately with the turmoil of a daughter following her father’s abandonment.

“More Than Nameless” might be my favourite contribution. Its interesting beat first alerted me to this song, but its message of rising above the darkness in your life and accepting help in overcoming it is what really caught my attention.

However, Fit For a King appears to have saved the best until last. “Deathgrip” is the song that gives the album its name, and rightly so. I was almost disappointed when I saw that this was the final track. The minimal instruments in its verses and clean vocals allow the much heavier chorus to stand out and shine. The content itself is poignant, summarising the main themes of loss and trauma in the record’s conclusion.

This is not an album which lends itself to easy listening. But if you give it the time and attention it deserves, it’s easy to appreciate the effort and emotion which went into its production.

Watch the video for ‘Pissed Off’:

Get Deathgrip on itunes/amazon.

Freelance arts, culture, and music journalist. Lots of words and some radio. Studying for an MA in Media and Journalism. Trying their best.
@lozreviews
Previous By The Thousands Release “Clouded Eyes” Music Video
Next Album Review: Nobody’s Babe: The Words I Mean to Say