Progressive metal act By The Thousands has released their new music video ‘Clouded Eyes‘ which comes off their debut full length, Connect. Directed by Ryan Thompson in Minneapolis, the video brings a real life look to the struggle of change. With the technical guitar riffs and powerful vocals, ‘Clouded Eyes‘ will have all metalheads waiting for more.

“We are very excited to debut our music video for ‘Clouded Eyes’ from our latest album, ‘Connect’. We all encounter situations in our lives that force us to make difficult decisions for the greater good. This song is about letting go of something that once meant so much to you, but is holding you back in the pursuit of personal growth. Special thanks to Ryan Thompson for working with us on this. We hope you enjoy.” – Carlos Monserrate

Watch the video below and purchase the single here.

Catch By The Thousands on tour later this month with So This Is Suffering.

About By The Thousands:

By The Thousands is a hard-hitting progressive metal band from the Twin Cities. Their music is a fusion of complex rhythms, technical guitar and bass work, and deep, powerful vocals. Ever-evolving since their inception in 2012, their performance-centric approach to creating music has remained constant. 2014 saw the band release their self-titled debut EP, taking them on three self-booked tours to sixteen states in support of the release. By The Thousands recently released their debut full-length, Connect. The band is about to embark on its second tour to support its release, bringing By The Thousands’ loud, energetic, and passionate live show across the country.

Previous DARKH Release Official Video For “My Curse” Off New Album
Next Album Review: Fit For a King – Deathgrip 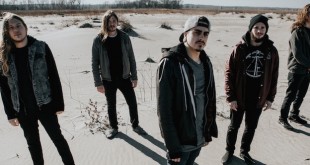 By The Thousands Reveal Official Video for “Revenant”